French police arrested former Ukraine lawmaker and businessman Kostyantin Zhevago at the request of the Ukrainian State Bureau of Investigation (SBI) which has accused the “oligarch” of siphoning US$113 million from the bankrupt lender Finance & Credit Bank and transferring the money to his foreign bank account. 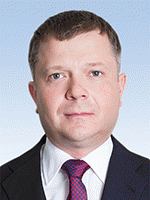 Kostyantin Zhevago (Photo: Верховна Рада України, Wikimedia, License)Zhevago is the owner of the iron producer Ferrexpo. Interpol has been after him since last year.

He has denied all the accusations and any wrongdoing.

So far, two executives from the Ukrainian commercial bank have already been indicted for their involvement in the scheme.

According to Chief Prosecutor Andriy Kostin, “this case is a clear indication that the Prosecutor General’s Office maintains permanent ties with foreign partners” and regularly “cooperates with them so that all people who may be involved in crimes against Ukraine or Ukrainians” will appear before a fair court.

The move shows “that everyone is equal before the law and everyone who has issues with the Ukrainian law enforcement system will sooner or later face it,” he added.

After Zhevago’s arrest, prosecutors have launched an extradition procedure. He is scheduled to appear before an appeals court of Chambery in southeastern France on Jan. 5.

The suspect has seen several of his properties, legal entities being raided and seized, especially companies shares worth millions of dollars.

Ferrexpo said on Thursday that the detention of its  non-executive director is not related to the company but that it is “seeking to clarify the situation.”