The U.S. sanctioned on Wednesday six senior employees of the Iranian state-run media corporation for broadcasting hundreds of coerced confessions of Iranian, dual national, and foreign inmates in Iran. 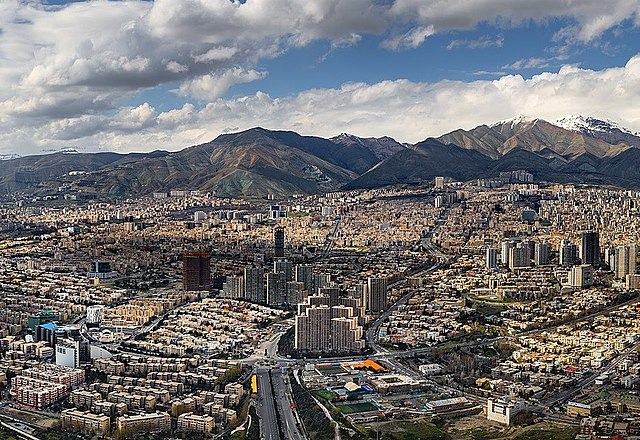 The U.S. administration sanctioned senior officials of the Tehran-based Iran's national broadcaster -- IRIB. (Photo: Amir Pashaei, Wikimedia, License)“Designated in 2013, the Islamic Republic of Iran Broadcasting (IRIB) and its subsidiaries act not as objective media outlets but rather as a critical tool in the Iranian government’s mass suppression and censorship campaign against its own people,” the U.S. Department of the Treasury’s Office of Foreign Assets Control (OFAC) said in a statement.

OFAC said that IRIB created and recently aired TV interviews in which individuals were coerced to admit that their relatives were not killed by Iranian authorities during countrywide rallies but died due to unconnected, unrelated circumstances.

The U.S. authorities claim that reporters for IRIB, which has a monopoly on television and radio services in Iran, “regularly make false and baseless accusations against Iranian citizens, dual nationals, and foreigners, and use falsified news to misinform and falsely incriminate perceived enemies of the regime.”

The Iranian state broadcaster is also said to work closely with security and intelligence agencies, such as the country’s Ministry of Intelligence and Security (MOIS) and the Islamic Revolutionary Guard Corps (IRGC) – a branch of the Iranian Armed Forces created by Ayatollah Khomeini following the Iranian Revolution in 1979, and labeled as a terrorist group by U.S. authorities.

Cooperation with the MOIS and the IRGC allegedly helped IRIB obtain and publicly disseminate the confessions.

“Testimonies and other evidence point to the use of torture, both physical and psychological; threats against family members; and degrading treatment to extract forced confessions,” read the statement.

Rezvani and Zabihpour allegedly both have cooperated with the MOIS and the IRGC Intelligence Organization in extracting and airing forced confessions in the style of documentaries, according to the statement.

“Both feature prominently in the IRIB’s notorious 8:30 broadcast, which regularly airs forced confessions. In an IRIB segment in 2020, Rezvani interviewed Ruhollah Zam, an Iranian journalist who was kidnapped, brought to Iran, and later executed by the Government of Iran,” the OFAC statement said.

Rezvani was also cited as an interrogator in the case of Kavous Seyed-Emami, an academic professor and environmentalist who died mysteriously in government custody in February 2018.

As the head of the IRIB’s foreign Persian language media group, Zabihpour “also has a long history of direct involvement in the broadcast of coerced confessions,” such as in 2017, when he allegedly produced and helped broadcast a documentary-style program for IRIB that attempted to portray Nazanin Zaghari Ratcliff, a British-Iranian woman held prisoner by the IRGC on charges of “collaborating with foreign institutions” and “participating in the soft overthrow of the government,” according to OFAC.

He is said to have been engaged in numerous similar incidents, including the forced confession films of Fatemeh Davand, a protester jailed during the November 2019 rallies, and Sepideh Rashnu, a 28-year-old writer arrested in July 2022 for opposing the obligatory hijab.

“The Iranian government’s systemic reliance on forced confessions illustrates the government’s refusal to speak truth to its citizens and the international community,” Under Secretary of the Treasury for Terrorism and Financial Intelligence, Brian E. Nelson said.

He emphasized that the U.S. is committed to supporting the Iranian people as they continue their peaceful protests.

The OFAC designation was made in accordance with Executive Order 13846, which permits penalties on individuals who participate in censorship or other acts related to Iran.

In accordance with the decision, “all property and interests in property of these persons that are in the U.S. or in the possession or control of U.S. persons must be blocked and reported to OFAC.”