U.S. authorities designated on Monday Fadil Novalić, the prime minister of one of Bosnia and Herzegovina’s two semi-autonomous regions, for his alleged involvement in corruption, as well as “divisive and destabilizing activities in the Western Balkans.” 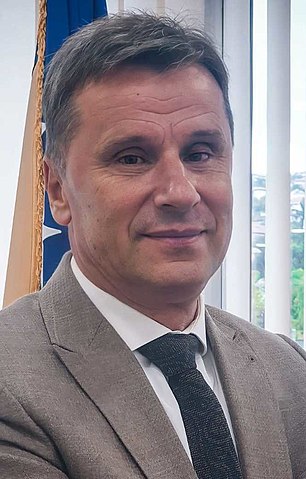 U.S. authorities designated Fadil Novalić, Prime Minister of one of two Bosnia and Herzegovina's autonomous regions. (Photo: Editor2226, Wikimedia, License)As prime minister of the Federation of Bosnia and Herzegovina (FBiH) – which is one of the country’s two regions, locally called entities – Novalić misused pensioner data for the benefit of his own political party and contrary to the country’s law, according to the U.S. Department of the Treasury’s Office of Foreign Assets Control (OFAC).

Novalić was designated pursuant to 2021 Executive Order 14033, according to which he will not be able to enter the U.S. and his properties there – if he has any – will be blocked.

“In the week before the 2018 elections, Novalić used pensioner data he acquired through his official position to send out letters listing his accomplishments and promising increased pensions in a country where the issue of pensions has strong political salience,” read the statement.

Bosnian media cited a tweet of an Al Jazeera Balkans’ Washington correspondent who claimed that the U.S. sanctions came as response to another scandal involving Novalić – his alleged role in the 10 million convertible mark (US$5.05 million) procurement of inadequate ventilators during the COVID-19 pandemic and embezzlements linked to the local military industry.

The real reason for the designation, as the tweet read, was not listed due to formalities – as the trial in the so-called “Silver Raspberry Ventilators” is ongoing.

Apart from Novalić, OFAC designated Slobodan Stanković, considered as one of the country’s wealthiest businessmen, with strong ties to controversial Bosnian Serb leader and the Serb member of Bosnia and Herzegovina’s tripartite presidency, Milorad Dodik, whom the U.S. administration sanctioned earlier this year.

OFAC claims that Stanković, the owner of Integral Inzenjering A.D. Laktasi, a large engineering firm from the other semi-autonomous region, Republika Srpska (RS), has been “linked to corruption in the construction sector.”

Due to Stanković’s connection to the RS leadership and Dodik, Integral, according to OFAC, has been given some of the largest contracts in the RS.

“Major construction projects are often handed to Stanković without fair and open competition,” read the statement, stressing that “the vast majority of Stanković’s wealth comes from public money.”

Stanković has also been known as the former owner of U.S.-designated Alternativna Televizija (ATV) TV station, a media outlet considered to be under the personal control of “U.S.-designated and corrupt member of the Presidency of Bosnia and Herzegovina, Milorad Dodik.”

“Stanković’s acquisition of ATV led to the outlet taking a clear bias in favor of Dodik. The purchase and transformation of ATV demonstrates the reciprocal nature of Dodik’s corrupt relationships, as Stanković’s wealth gives Dodik a rich and powerful ally who benefits him politically,” OFAC said in the statement.

“Political parties and leaders should not be able to use public resources for their own benefit, and people should not get rich helping them,” the U.S. Secretary of State, Antony Blinken commented on the designation on his twitter.

Under Secretary of the Treasury for Terrorism and Financial Intelligence Brian E. Nelson also commented on the sanctions, stressing that they underscore “how politicians in Bosnia and Herzegovina are undermining democratic institutions and processes for their own political gain and to reward their patronage networks.”

The latest U.S. sanctions against Bosnia and Herzegovina’s officials came just one day after the country’s general elections on Sunday. Citizens voted for the country’s new collective presidency and MPs at national and regional levels, deciding between long-entrenched nationalist and economy-oriented reformists.

Sanctioned Fadil Novalić was topping the list of his party – the leading Bosniak Party of Democratic Action (SDA) – for the lower house of the FBiH Parliamentary Assembly.

Earlier designated Bosnian Serb leader Milorad Dodik declared his victory as the new President of Republika Srpska, although the opposition also claimed the victory of its candidate, blaming Dodik and his Alliance of Independent Social Democrats (SNSD) of serious electoral fraud.

Only a week earlier, the U.S. authorities designated one of Bosnia and Herzegovina’s state prosecutors, Diana Kajmaković, for her alleged involvement in corruption and links to criminal organizations.