Moscow continued this week to silence media and journalists known for their critical or investigative coverage of political and social issues in the country, cracking down on all those whose reporting does not reflect the Kremlin’s narrative. 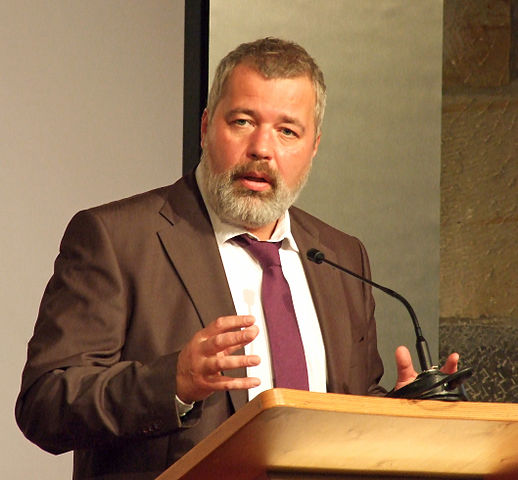 Roskomnadzor, the Kremlin regime’s media and telecommunication supervisor, alleged that Novaya Gazeta breached the Russian Mass Media Law by failing to submit its charter to the supervisory authority within three months of its initial publication, according to the independent media outlet.

The Court of Moscow’s central administrative Basman (Basmanny) district issued its decision despite the fact that Roskomnadzor, as the supervisory authority, was not even constituted at the time of Novaya Gazeta’s initial publication, or in 2006, when the outlet's owner changed.

The documents, according to Novaya Gazeta, were however submitted to the Ministry of Press and Information, as was practiced back then.

“The newspaper was killed today. They stole 30 years of life from its employees. Deprived readers of the right to receive information,” wrote Novaya Gazeta’s editorial team, led by editor-in-chief, Dmitry Muratov, a 2021 Nobel Peace Prize laureate for “his efforts to safeguard freedom of expression.”

Speaking outside the court, Muratov described the verdict as a political hit job with no legal foundation, media reported.

The UN Human Rights Office immediately expressed great concern with Moscow’s court decision and called on Russian authorities to “refrain from applying measures which stifle reporting on serious issues of legitimate public interest and allow debate of diverse and plural voices, in the media, in line with international standards.”

“The judgment against Novaya Gazeta is yet another blow to the independence of Russian media whose activities have been further compromised by legal restrictions and increased State controls imposed following the Russian Federation’s attack on Ukraine,” the UN Human Rights Office Spokesperson, Ravina Shamdasani, said in a statement.

The European Union also deplored Moscow’s court ruling, saying that the “Russian authorities have taken yet another step towards full state control over media.”

In another hit to the press, a Moscow court on Monday sentenced a former journalist Ivan Safronov to 22 years in prison, in the country’s first treason conviction for a journalist since 2001, Kommersant reported in a breaking news about its former journalist.

Safronov, the former special correspondent of Kommersant and Vedomosti news outlets, left the media in 2020 to join Russia’s State Space Corporation Roscosmos, as an adviser to the space agency’s director.

Reportedly, the court sent him to a “strict regime” penitentiary colony and fined him 500,000 Russian rubles (US$8,132) for “treason in favor of the Czech and German intelligence services.”

The media cited investigators of the Russian Federal Security Service (FSB) alleging that Safronov, as a journalist, collected information on the country’s defense capabilities and the Russian troops’ actions in Syria in exchange for tens of thousands of euros from the Czech and German clients.

Safronov’s defense said it will appeal the ruling.

Commenting on the ruling, Russian human rights lawyer Pavel Chikov stressed that the Moscow court’s “cruel and savage” decision only reflects the current state of the nation.

“The 22-year prison sentence for Ivan Safronov, guilty of no other crime than doing his job as a journalist, is simply unacceptable and utterly shocking, and must be immediately reversed,” CPJ’s program director, Carlos Martinez de la Serna, said.

He also stressed that Russian authorities must “stop targeting journalists with political trials aimed at suppressing and terrorizing independent voices.”

The EU also urged Russian authorities to dismiss the allegations against Ivan Safronov and release him unconditionally.

“Regime’s systematic crackdown against independent journalism deprives citizens of their right to factual information, including about Russia’s war in Ukraine,” lead spokesperson for the external affairs of the EU, Peter Stano, tweeted.