Argentinian prosecutors have requested a 12 year prison sentence for current Vice President Cristina Kirchner for heading what is being described as the “biggest corruption maneuver ever known in the country.” 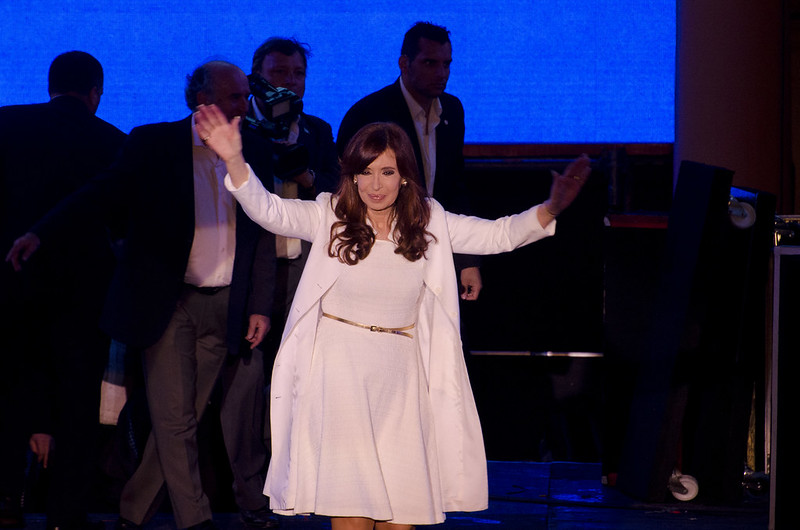 Prosecutor Diego Luciani also requested that Kirchner be banned for life from holding public office and that her fortune be confiscated of an equivalent of nearly US$39 million.

For 12 years Kirchner allegedly ran a corruption scheme believed to have been set up by her husband and former President Néstor Kirchner. He allegedly turned a former bank employee, known as Lázaro Báez, into a contractor who was going to secure public works contracts worth millions of pesos. Prosecutors requested Báez to be put behind bars for 12 years.

According to prosecutor Sergio Mola, members of this corruption scheme prioritized the personal interest of Kirchner and guaranteed Báez profit at the expense of the Argentinian people.

After the prosecutors read the complaint, President Alberto Fernández expressed his solidarity with Kirchner on Twitter.

“Today is a very unpleasant day for someone who, like me, has been raised in the family of a judge, has been educated in the world of law and teaches criminal law for more than three decades. I once again convey my deepest affection and solidarity to Vice President Kirchner,” he wrote.

Latin American presidents of Bolivia, Colombia and Mexico have also supported Kirchner. They said they reject this unjustifiable judicial persecution Kirchner has been exposed to.

However, prosecutor Luciani has said that systematic acts of corruption were promoted and maintained by the highest political figures in the country, which destroyed all the principles of public procurement laws and caused severe damage to the state coffer.

“Nothing, absolutely nothing that [the prosecutors] said was proven. When I said that they had the sentence written, I fell short,” Kirchner said in a two-hour statement broadcast from her office.

So far, Kirchner’s arrest still seems an unlikely scenario, as a conviction would have to be confirmed by Argentina’s Supreme Court, which could take years.