GI-TOC: Network that Trafficked Over 30 Tonnes of Ivory Yet to Face Justice

Despite charges of illicitly trafficking over 30 tonnes of ivory for over a decade now, the alleged members of one of Africa’s largest wildlife-trafficking networks have by and large managed to evade conviction, according to a risk bulletin compiled by the Global Initiative Against Transnational Organized Crime (GI-TOC). 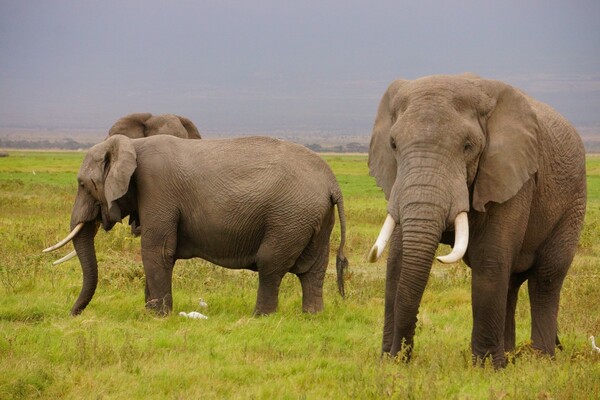 One of Africa’s largest wildlife-trafficking networks have by and large managed to evade conviction, despite trafficking over 30 tonnes of ivory since 2010 alone. (Photo: PxHere, License)Although several alleged members of one of the world’s most active wildlife-trafficking syndicates have been circulated through various African courts since 2010, few cases have reached their conclusion and fewer still have resulted in a conviction.

Liberian national Moazu Kromah—also know as ‘Kampala Man’—is believed to stand at the head of this criminal organization, and although his network is linked to at least 15 major ivory-trafficking cases responsible for the theft and transport of over 30 tonnes of ivory, only one has ended in a guilty sentence with the two accused receiving only two-year sentences.

Despite Kromah’s arrest in 2017, his extradition to the U.S. two years later, and finally his guilty plea for three wildlife-trafficking offenses in March this year, the speed at which his case was processed has raised troubling concerns as to when the network as a whole will face justice for their actions.

The Ugandan Wildlife Authority (UWA) and Natural Resource Conservation Network (NRCN), who for several years investigated Kromah’s syndicate, described the man as “the centre of a vast ring of organized criminals…connected to at least four other major criminal syndicates…supplying the biggest wildlife criminal syndicates worldwide.”

At the time of Kampala Man’s arrest in 2017, the UWA and NRCN also recovered over 430 pieces of ivory weighing in at over 1.3 tonnes.

However, his criminal proceedings ran into several speed bumps following his incarceration. Kromah reportedly bribed several officials to bury his case and Interpol documents were later uncovered in his home, further suggesting that he had corrupted Uganda’s courts, according to GI-TOC.

Though he remained free as of 2018, by this time American authorities had entered the fray. Kromah was persuaded to travel to the U.S. to sell rhino horns where he was arrested for wildlife trafficking once and for all in June 2019.

Authorities soon uncovered the scope of Kampala Man’s criminal syndicate, which shipped ivory and other animal parts from several African nations including Kenya, Mozambique, and Uganda.

Kromah’s U.S. indictment argued that from 2012 to 2019, his network trafficked no less than 190 kilograms of rhino horn and over 10 tonnes of elephant ivory. The true cost to Africa’s wildlife, however, remains unknown.

The 15 cases listed in GI-TOC’s report offer a glimpse into the damage inflicted by Kromah’s network, not to mention the justice that his associates have by and large managed to escape.

Among them is over two tonnes of ivory seized in Vietnam in 2011. However, the charges were later dropped due to lack of evidence; the Vietnamese officials involved in the case failed to even appear in court to testify.

Another case, this time in Singapore in 2015, recovered 1,783 pieces of ivory, five rhino horns and 23 lion’s teeth weighing approximately 4,600 kilograms in total, all found in a container labeled as ‘tea leaves.’ No charges were ever even filed against those in Kromah’s employ.

In the majority of these cases responsible for the trafficking over 30 tonnes of ivory, those found at the center of the conspiracy were either never charged, acquitted due to lack of evidence, or have had their trials continuously prolonged to such an extent that one can only wonder if they will ever face justice for their alleged crimes.