US Telecom Giant: Most Data Breaches are the Work of Organized Crime 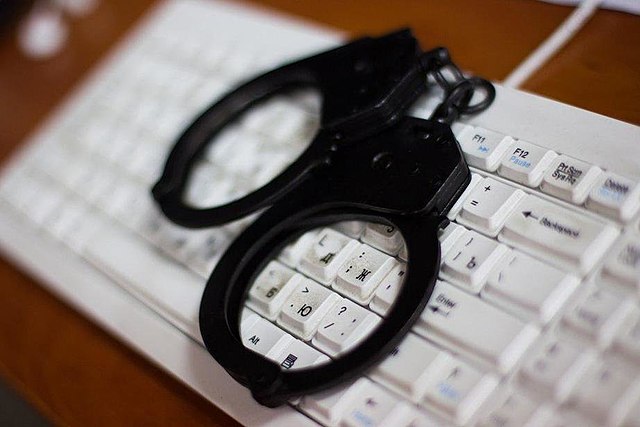 Cybercrime as a whole has been on the rise since the onset of the COVID-19 pandemic. (Photo: Клопс.Ru, Wikimedia, License)The financial sector continues to be victimized by financially motivated organized crime, often via phishing, hacking and malware, said the report.

Malware or ransomware, a type of cybercrime, wherein control of essential digital infrastructure is taken captive by hackers has also seen a marked increase since the last report in 2021.

“Of particular concern is the alarming rise in ransomware breaches, which increased by 13 percent in a single year - representing a jump greater than the past five years combined,” Verizon said in a press release which accompanied the report.

“As criminals look to leverage increasingly sophisticated forms of malware, it is ransomware that continues to prove particularly successful in exploiting and monetizing illegal access to private information,” it said.

Cybercrime as a whole has been on the rise since the onset of the COVID-19 pandemic. With masses of employees finding themselves abruptly working in a digital space, cyber criminals had a plethora of new vulnerabilities to exploit.

“In a finding that exposes the cost of human influence, people remain – by far – the weakest link in an organizations’ cybersecurity defenses,” Verizon said.

About 25 percent of total breaches in the 2022 report were the result of social engineering or phishing attacks. “When you add human errors and misuse of privilege, the human element accounts for 82 percent of analyzed breaches over the past year,” it explained.

Addressing the growing scourge of cybercrime is only becoming more critical as it becomes clear that remote work in some form or another, is likely here to stay.

“Over the past few years, the pandemic has exposed a number of critical issues that businesses have been forced to navigate in real-time. But nowhere is the need to adapt more compelling than in the world of cybersecurity,” said Hans Vestberg, CEO and Chairman, Verizon.

“As we continue to accelerate toward an increasingly digitized world, effective technological solutions, strong security frameworks, and an increased focus on education will all play their part in ensuring that businesses remain secure, and customers protected,” he concluded.