The leader of Haiti’s ‘400 Mawozo gang’ has been indicted for his alleged role in the kidnapping of 16 American missionaries – including small children and a baby – last fall and holding them in captivity for more than 60 days before they managed to escape. 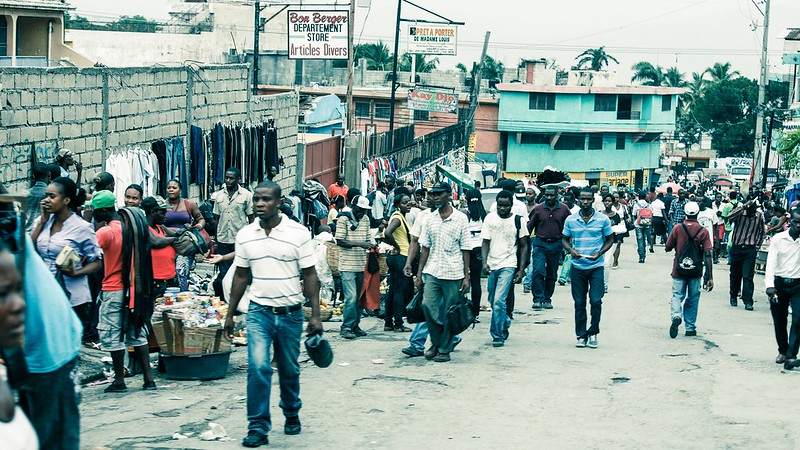 The missionaries were in Haiti doing volunteer work on behalf of a non-profit representing Amish, Mennonite and Anabaptist communities in the U.S. (Photo: Alex Proimos, Flickr, License)Joly Germine, aka Yonyon, is the first defendant to be charged in connection to the incident which rocked U.S.-Haitian relations shortly after Haiti's president was assassinated last summer.

“Germine, who was in a Haitian prison at the time of the kidnapping, directed and asserted control of 400 Mawozo gang members’ kidnapping operations, including ransom negotiation for the hostages’ release.” the U.S. Dept of Justice said in a statement. “One of the gang’s stated goals in holding the hostages was to secure from the Haitian government Germine’s release from prison.”

Instead, Germine, 29, was extradited from Haiti and transferred into U.S. custody where he is being held outside of Washington D.C. His first court appearance was on Wednesday.

The missionaries were in Haiti doing volunteer work on behalf of Christian Aid Ministries, a non-profit representing Amish, Mennonite and Anabaptist communities in the U.S.

U.S officials stressed the dedication of their administration to defend American citizens from crime even abroad.

“We will utilize the full reach of our law enforcement authorities to hold accountable anyone responsible for undermining the safety of Americans anywhere in the world,” said U.S. Attorney General Merrick B. Garland.

“Today’s indictment demonstrates that the United States will not tolerate crime against our citizens, here or abroad,” said FBI Director Christopher Wray. “The FBI will continue to work aggressively with our international partners to keep our citizens safe and bring perpetrators to justice.”