A recent investigation found that at least 33 sanctioned Russian oligarchs own shares in no less than 1,402 companies worth US$440 billion across the European Union, United Kingdom and Switzerland. 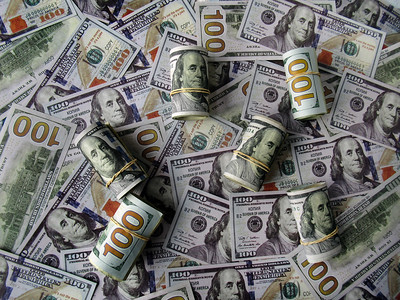 It is believed that at least 33 sanctioned Russian oligarchs own shares in 1,402 companies across the European Union, United Kingdom and Switzerland. (Photo: arbyreed, Flickr, License)Last week, IrpiMedia reporters said that Alexey Mordashov, Gennady Timchenko, Oleg Deripaska, Igor Sechin’s former wife, Olga Rozhkova, and the wife of Roman Babayan, Marina Chernova, were found to be connected with at least 34 companies in Italy.

According to Transcrime, a recurring vulnerability in reporting these cases is the opacity nature of firms in Europe and the anomalous patterns of shareholders and beneficial owners, which enable the concealment of assets as well as money laundering through trusts and fiduciaries.

The Italian steel company Lucchini Spa is controlled by two Cypriot companies. One of them is in the hands of Mordashov through his company Severstal, a giant in the world of steel industry. Last month, Italian authorities seized Mordashov’s US$70 million yacht “Lady M” and a building complex on the Mediterranean island of Sardinia worth around $113 million.

Timchenko is the alleged owner of 50% of the packaging company Manucor Spa, which operates out of the Milan area. The oligarch owns the share through the company Biaxplen, a subsidiary of the Russian Company Sibur, which has Timchenko as a minority shareholder and board member. Last March, the Italian police seized his $54 million yacht in Sanremo.

Deripaska controls shares in the construction company Strabag Spa, which is part of an Austrian group. Since Russia invaded Ukraine, the Strabag has condemned the aggression. In addition to the condemnation, IrpMedia said Strabag wanted to break off relations with the sanctioned Deripaska.

Rozhkova, Igor Sechin’s former wife, is a 50% partner in a start-up that produces electric bikes and motorcycles in Rome with her current partner in life Francesco “Frankie” Provenzano. While the wife of Roman Babayan, Chernova, owns nearly half of the shares in a restaurant operating out of Milan.

Despite IrpMedia has found various businesses in Italy connected to Russian oligarchs or their relatives, TransCrime reported that Germany, Austria, United Kingdom and Cyprus are home to at least 842 companies connected with Russian oligarchs. About 42% of these companies are in Germany.

It is estimated that the 34 companies in Italy connected to oligarchs amount to a book value of $2,5 billion, Transcrime reported.