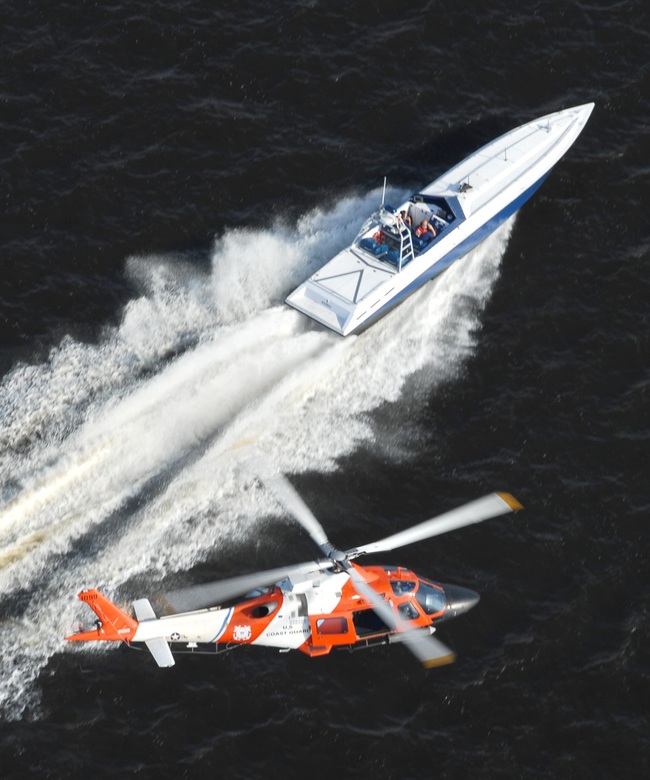 Portugal’s Judicial Police also participated in the joint investigation. Portuguese officers raided two additional locations in the towns of Viana do Castelo and Valença do Miño.

Spanish police determined that the criminal organization would begin production of these go-fast boats — which are prohibited in Spain — in the province of Pontevedra, before shipping them to other secure locations to be completed.

National Police agents report that the criminal organization sought out and vetted highly trained individuals capable of constructing such vessels, which would eventually be purposed with transporting drugs along Spain’s southern coast.

Go-fast boats have been widely used by drug trafficking organizations to move their product at sea undetected. For authorities, these sleek watercraft can be difficult to locate by radar, especially in rough seas or when they are far away.

Their upper-decks are often covered in fibreglass in order to improve their seaworthiness and ability to withstand rough conditions. The less time they need to spend in port to make repairs, the longer they can operate and turn a profit.

Painted blue and green hulls allow go-fast boats to blend in with the sea and avoid detection by the human eye at long distances.

As for raw speed, twin inboard power engines can make them all but uncacheable for authorities that are not running similarly outfitted watercraft.

Extra fuel canisters allow for prolonged voyages that eliminate the need to refuel in port and risk detection by law enforcement.

For all these precise modifications, the final product is simple and so is the operation: take a power boat, load it with drugs and enough fuel, and then go like hell.

Ultimately, 22 individuals were arrested and more than 20 go-fast boats, all in various states of completion, were impounded by police as a result of the investigation. Authorities also determined that six of the vessels had recently been completed and were ready for drug trafficking duties had they not been seized in the raids.