There was no luck of the Irish for the Kinahan crime family this week. 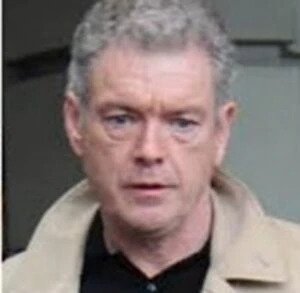 Christopher Vincent Kinahan Sr. — Head of the Kinahan crime family — is one of several members hit with recent US financial sanctions because of his involvement in drugs and arms trafficking. (Photo: U.S. Department of State, License)The infamous Ireland-based organized crime group and its key members are facing severe financial sanctions after more than 20 years of trafficking drugs and arms worldwide, the U.S. Department of Treasury announced on Tuesday.

The gang as well as its leader and head of the family, Christopher Vincent Kinahan Sr., his two sons – Christopher  Jr. and Daniel -- as well four other associates, have been added to the Specially Designated Nationals list, which is used by global institutions to identify and block financial transactions.

The Kinahan Organized Crime Group (KOCG) is one of Ireland's most notorious gangs, and gained international attention for its long and bloody feud with another Irish crime group, the so-called Hutch gang. To date, the fued has resulted in 18 murders across Ireland and as far away as Spain.

According to the An Garda Síochána – Ireland’s national police and security service – members and affilaites of the Kinahan group have been convicted of 12 murders, 23 attempted murders, 13 firearms related crimes, 17 counts of drug trafficking and another 17 of money laundering.

“Criminal groups like the KOCG prey on the most vulnerable in society and bring drug-related crime and violence, including murder, to the countries in which they operate,” said Under Secretary for Terrorism and Financial Intelligence Brian E. Nelson of the U.S. Treasury.

According to U.K.’s National Crime Agency (NCA), the KOCG has gone to extreme lengths to avoid law enforcement, from exploiting corrupt officials, and training themselves in various professional anti-surveillance techniques, to obfuscating their criminal activities through legitimate partners.

“They thought they were untouchable but the sanctions imposed today will be a huge blow to the Kinahans,” said NCA Deputy Director of Investigations Matt Horne. “It has cut them off from the global financial system, making them toxic to legitimate businesses and financial institutions, and will cause other criminals to think twice about doing business with them.”

According to the U.S. Treasury, the UAE has acted as a primary hub for the Kinahan family for facilitating international illicit activities.

Since 2015, the An Garda Síochána has seized US$22 million worth of narcotics, 48 firearms, over 2,000 rounds of ammunition and more than 7.5 million euros ($8.16 million) of cash belonging to the crime group.

Authorities have already targeted high-ranking members of the KOCG.

In early April, a British court sentenced Thomas ‘Bomber’ Kavanagh to 21 years in prison for orchestrating the importation of multi-million pound drug shipments. He is believed to have led the Kinahan group’s operation in the U.K.

Two of Kavanagh’s brothers-in-law, Gary Vickery and Daniel Canning, were also arrested for their involvement in the group and were sentenced to 20 and 19.5 years respectively.