A British court sentenced a high-ranking member of an organized crime group to 21 years in prison for orchestrating the importation of multi-million pound drug shipments, the UK’s National Crime Agency announced in a statement. 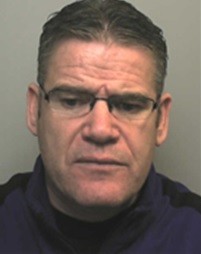 The Kinahan group is a notorious Irish cartel, involved in everything from drug trafficking to arms dealing and money laundering, according to the NCA. The group has been also part of long standing fued with another Irish crime group, the so-called Hutch gang, which has to date resulted in 18 murders across Ireland and as far away as Spain.

“Through their criminal connections overseas, his organization was able to organize, import and distribute drugs worth many millions of pounds,” said NCA Deputy Director of Investigations Matt Horne.

Getting to Kavanagh was no easy task.

“He lived with his family in a fortified mansion, complete with reinforced doors and bulletproof glass, in Tamworth, Staffordshire, from where he ran his criminal empire,” said the NCA.

But a series of drug seizures by Irish police in 2017 opened the doors for investigators. The drugs were found to be linked to U.K. based freight companies owned by men affiliated with the Kinahan group. When British police raided their property in Dover they found 15 kilos of cocaine and 220 of cannabis.

From there, police were able to build a case against the group that has since put fifty members behind bars.

“These men considered themselves to be untouchable, but we were able to systematically dismantle the group and prove that this was not the case,” Horne said.