A court in the United Kingdom found three men belonging to a known organized crime group from East London guilty of trying to conceal cannabis and cocaine in sweet potato boxes in two shipments from Jamaica, the U.K. National Crime Agency (NCA) said. 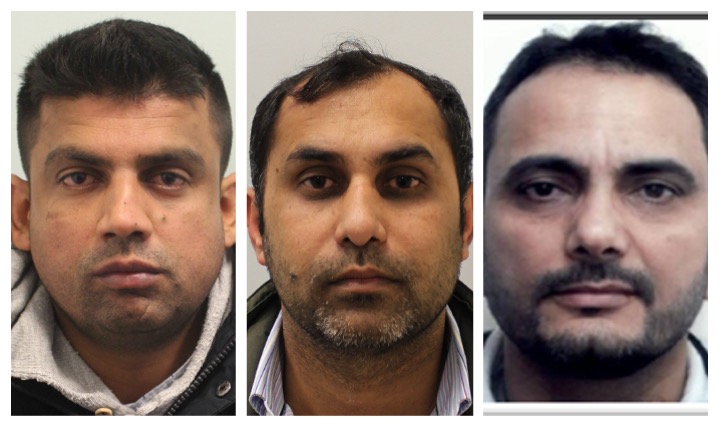 A court in the United Kingdom found three men belonging to a known organized crime group from East London guilty of trying to conceal cannabis and cocaine in sweet potato boxes in two shipments from Jamaica. (Photo: NCA, License)The two shipments yielded more than 85.5 kilos of cocaine and cannabis, with a street value well over 3.5 million pounds (US$4.59 million).

“This crime group was well organized and established a system that enabled them to smuggle drugs into the U.K. through legitimate services, where every man had his role in the conspiracy,” said Jon Eatwell, lead officer of NCA’s Anti-Corruption Unit.

The first shipment was intercepted by Metropolitan Police in Hackney in October 2018. Officers found nearly 35 kilos of cannabis in a vehicle in sealed packages in cardboard boxes used for transporting sweet potatoes.

Police briefly arrested Kashif Mushtaq but continued to investigate him after his release and found that he had contacts in Jamaica. The probe led investigators to a second shipment in January 2019 at Gatwick Airport. Authorities discovered cocaine and cannabis amongst 94 packages concealed in sweet potato boxes from a Jamaica flight.

They tracked the shipment to an industrial area, where members of the East London criminal group were sorting it. This is where police arrested Attiq Ur Rehman and Sarbjit Chumber.

Although he was in Pakistan at the time, Mushtaq was suspected of being involved in the second shipment and was arrested upon returning to the U.K. The NCA investigation found messages between him and other members indicating that he was the leader of the drug smuggling operation.

All three were found guilty in connection with the second shipment.

“The drugs they trafficked would have been sold across London and could have fuelled further crime and violence,” said Eatwell.