Armenian authorities said they are investigating whether former President Armen Sarkissian purchased a St. Kitts and Nevis passport a few years before being elected president in a possible violation of Armenian laws. 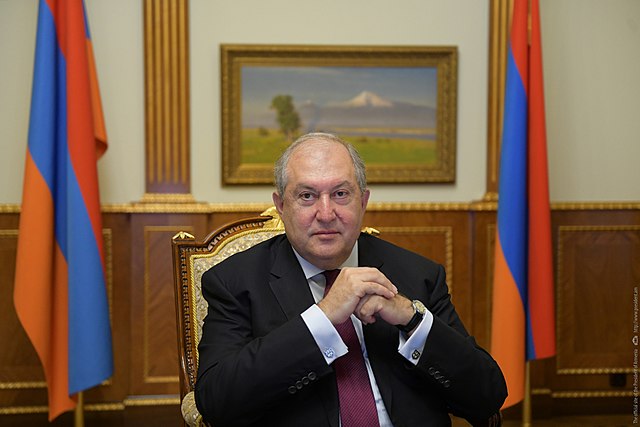 The Armenian constitution forbids presidential candidates having dual citizenship in the six years prior to their election.

Armenian National Security Services confirmed to Hetq, OCCRP’s partner in Armenia, that an investigation into Sarkissian’s second passport had been opened in the wake of letters sent by OCCRP to Sarkissian’s office.

Sarkissian did not give precise reasons for his resignation.

“In the current challenging period for the state and the nation, the president does not have the necessary tools to influence the fundamental processes in domestic and foreign policy,” he said as he stepped down.

OCCRP published on Friday a wide-ranging investigation into Henley’s Caribbean activities and its more dubious clients.

In an email to OCCRP, Sarkissian claimed he had invested US$500,000 in a luxury hotel in St. Kitts and Nevis some time after 2009 and said the investment came with a passport for the country. He said he requested the passport be returned in 2013, and that he swore affidavits and filed citizenship renunciation papers.

Sarkissian said he was “surprised to learn” there might still be a St. Kitts and Nevis passport in his name as he believed he had renounced it.

Henley said it had no record of interacting with Sarkissian and that it had always “adhered to all laws and regulations applicable in all the jurisdictions they have ever operated in and currently operate.”

This is not the first time Sarkissian has been caught up in a controversy related to his nationality. In March 2018, just a month before taking office as the Armenian President, Hetq discovered he had a British passport and had listed the U.K. as his country of residence on company documents.

A representative told Hetq in 2018 that Sarkissian had dual Armenian-British nationality from 2002 until 2011, when he renounced his British citizenship.