Environmental Groups Call for Boycott of Russian and Belarussian Timber

Over 120 environmental rights groups have called for a ban on Russian and Belarussian timber in response to Vladimir Putin’s invasion of Ukraine. 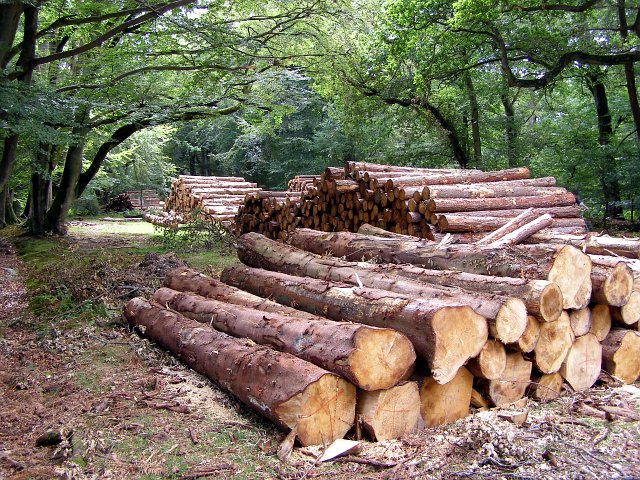 Over 120 environmental rights groups have called for a ban on Russian and Belarussian timber in response to Vladimir Putin’s invasion of Ukraine. (Photo: Jim Champion, Wikimedia, License)With the Siberian taiga considered one of the lungs of the Earth, and Belarus one of the most heavily forested regions of Europe, wood is a big business for the two countries whose invasion of neighboring Ukraine last week has put the world into turmoil.

They said that most of the wood is being sold directly or indirectly to the United States, the European Union, the United Kingdom, Japan and China. The wood is used to make buildings, paper, clothes and furniture, and to fuel power plants.

While recent EU sanctions against Lukashenko’s regime, as Russia's chief collaborator in the war, did include wood and timber, the groups say it’s not clear that they also include processed goods such as furniture or paper.

In addition to the call for boycott, the environmental investigative NGO Earthsight included a list of the largest importers of Russian timber into the US and Europe. They include giants like the Finnish firms UPM Kymmene and Stora Enso, as well as the U.S.-based International Paper, which is the second largest paper producer in the world.

Last on their list was the popular Swedish furniture giant IKEA.

“Russia is IKEA's second largest source of wood. IKEA is also a major consumer of wood from Belarus,” Earthsight explained. “IKEA made direct imports of wood furniture panels and finished furniture from Russia worth $33m in the year to 2021,” it said.

Almost all of the panels came from IKEA's own factories in Russia and were shipped to IKEA furniture factories in Sweden and Poland. The finished furniture went to Germany, France, Austria, Italy, the U.S. and the U.K.

“A great deal more Russian wood makes its way into IKEA goods on sale in Europe and the U.S. indirectly through other countries and importers,” the statement said. “IKEA consumed 1.9 million cubic meters of Russian wood in 2019, almost double that of five years earlier. This represents at least a million felled trees.”