Just a few days after reporters revealed that three Macedonians, among them a former deputy prime minister, may have had millions stashed in Switzerland, prosecutors in Skopje said they will look into the revelations about the accounts at Credit Suisse. 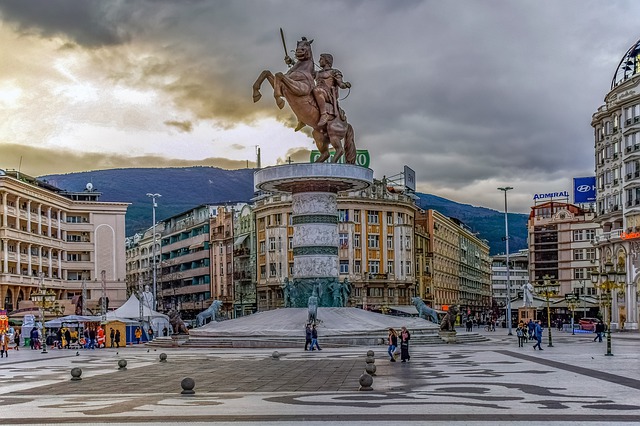 North Macedonia’s capital Skopje, where prosecutors said they will look into the revelations about the accounts at Credit Suisse, just a few days after reporters revealed that three Macedonians, among them a former deputy prime minister, may have had millions stashed in Switzerland. (Photo: Dimitris Vetsikas, Pixabay, License)The release of the documentary that was aired on IRL and MRT1, prompted the Public Prosecutor’s Office for Prosecution of Organized Crime and Corruption to open a pre-investigation procedure, the Republic Public Prosecutor’s Office stated in a written letter.

The documentary was part of an international investigation called Suisse Secrets by more than 163 journalists from 48 media outlets in 39 countries across the world. The reporters spent months analyzing bank account information leaked from Credit Suisse, Switzerland’s second-largest lender.

Jordanov and Mehandziski are some of the richest people in Macedonia. Their rise from public officials to businessmen has been stained by accusations of embezzlement of state funds, politically motivated deals, lobbying and high level of corruption.

Switzerland is a well-known destination for money from all over the world, in part because of its banking secrecy laws. There is nothing inherently wrong with having a Swiss bank account. But while banks are supposed to avoid clients who earned money illegally or were involved in crimes, reporters identified dozens of corrupt government officials, criminals, and alleged human rights abusers among Credit Suisse account holders.