A U.K. court sent four members of a Ghanaian cocaine smuggling group to jail for 28 years for trying to import nearly US$4 million worth of cocaine concealed in their luggage on flights from Ghana to London. 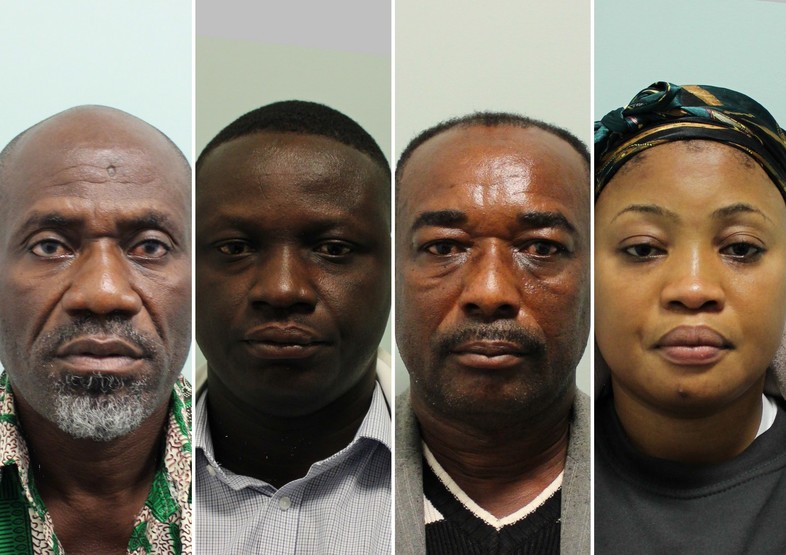 A U.K. court sent four members of a Ghanaian cocaine smuggling group to jail for 28 years for trying to import nearly US$4 million worth of cocaine concealed in their luggage on flights from Ghana to London. (Photo: National Crime Agency, License)All four were arrested by the U.K's Border Force at Heathrow airport, a National Crime Agency statement said.

Officers discovered 15 kilograms of cocaine hidden in the suitcase of Albert Gyamfi, 52, and Jennifer Agyemang, 38. Initially, both claimed they had not known of each other but evidence uncovered showed that both were rearranging items in Agyemang’s suitcase prior to checking in at Kotoka International Airport in Ghana.

Gyamfi was sentenced to nine years and Agyemang to six years and nine months in prison.

Eric Appaih, 50, was found with 15 kilos of cocaine valued at $1.63 million concealed in food boxes in his luggage. Local media cited court records in which Appaih had made six trips to and from Ghana since November 2019. He was sentenced to six years in prison in a separate trial.

Julius Tetteh Puplampu, 56, was also intercepted at Heathrow following his arrival from an Accra flight. Six kilos of cocaine were discovered in the suitcase lining of his luggage. After pleading guilty to drug trafficking charges, he was sentenced to six years in prison.

The NCA investigation of each interception revealed that all suspects had known each other.

“This investigation has prevented an international cocaine smuggling group from getting their drugs to the UK market and seen the perpetrators given significant prison sentences,” said NCA Senior Investigations Officer Piers Phillips.

Since the discovery of the Ghanian drug trafficking network, a series of arrests in Ghana have been made in connection to the NCA investigation.