Brazilian police said they closed an illegal ore processing operation that had been treating cassiterite illegally extracted from indigenous lands in the northern state of Roraima. 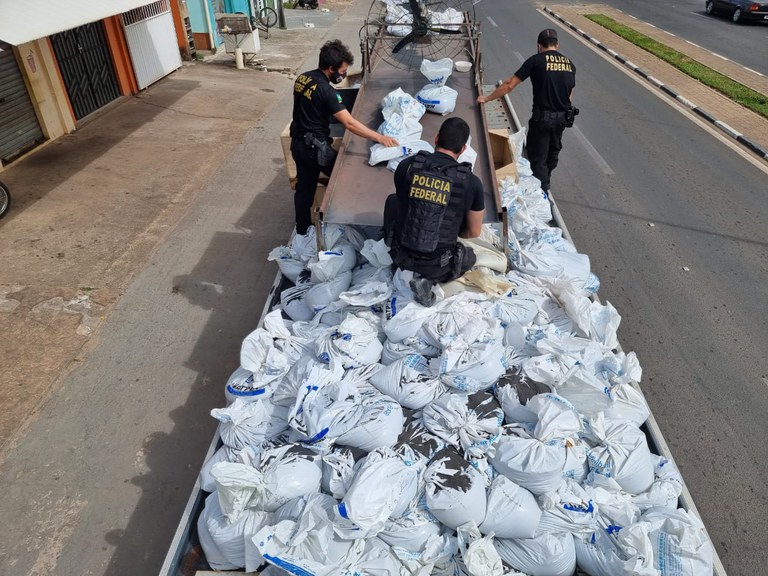 Brazilian police said they closed an illegal ore processing operation that had been treating cassiterite illegally extracted from indigenous lands in the northern state of Roraima. (Photo: Polícia Federal, License)Officers arrested six suspects and seized weapons, machinery and more than R$15 million (US$2,9 million) in gold and cassiterite, the principal source for tin metal. Among the detained suspects was a member of the Military Police who was supposed to guard the indigenous land.

The group managed a network of warehouses in Boa Vista, the capital of Brazil's northern state, and moved their illegal operation every few days to another location, making detection difficult. One of the locations was an ordinary looking jewelry store that had a hidden passage that went straight to a storage with tonnes of cassiterite from indigenous lands.

A day before the raids, police stopped a truck that was heading towards a neighborhood in Boa and found seven tonnes of what appeared to be cassiterite, hidden underneath five tonnes of wheat flour, the Federal Highway Police reported.

According to officials, only in 2022 so far 172 tonnes of cassiterite were seized in the state of Roraima, which sits on a wealth of natural resources deposits, including gold, cassiterite, and lead.

A significant amount of gold and cassiterite are illegally unearthed on indigenous lands belonging to the Yanomami, in Roraima, and the Kayapó, in Pará state, local media reported.

Natural resources in indigenous areas can only be exploited with the authorization of the Congress, after hearing the opinion of local indigenous communities, according to Brazil’s Federal Constitution. But Brazil lacks proper regulations for mining in indigenous lands, according to the Prosecutor's Office.