Mexican authorities found the bodies of 18 people who are presumed to be the victims of a massacre that was committed over the weekend in Greater Zacatecas, northwest of Mexico City, by a criminal group. 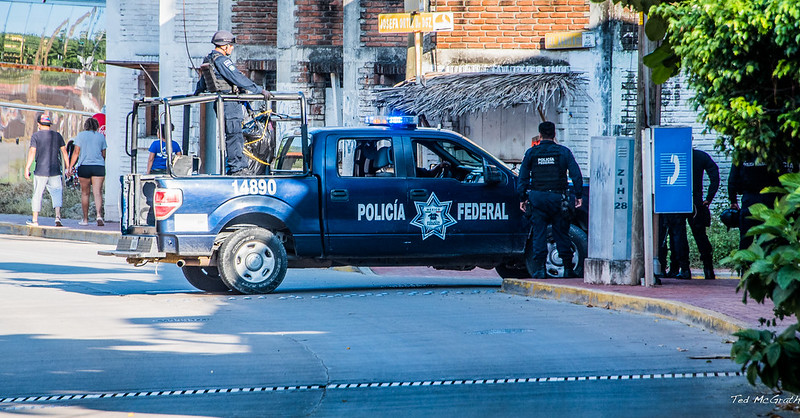 Mexican authorities found the bodies of 18 people who are presumed to be the victims of a massacre that was committed over the weekend in Greater Zacatecas, northwest of Mexico City, by a criminal group. (Photo: Ted McGrath, Flickr, License)It was around six in the morning on Saturday when residents of Fresnillo discovered about ten bodies lying on the street. Wrapped in blankets and put in black plastic bags, they were thrown from trucks.

Another six were then found in Pánfilo Natera hanging from the doors and windows of a warehouse and two more were found in the outskirts. The victim’s ages ranged from 15 to 57, Prosecutor Francisco José Murillo Ruiseco said in his statement posted on Facebook.

David Monreal Ávila, the Governor of Zacatecas, said at the press conference that “at first glance, we can say that most likely they are members of rival criminal groups, however, we will wait for further investigations to make a conclusion.”

Following the governor’s press conference, prosecutor Ruiseco stated on Facebook that authorities have identified 15 of the 18 victims and that only five of the fifteen have been previously charged with crimes in Mexico.

Security is the country’s burning issue, especially in the State of Zacatecas which has seen a spike in violence in recent years. Authorities attribute this to a battle between the Sinaloa and the Jalisco Nueva Generación cartels over drug trafficking routes in the countryside. Besides these two cartels, other smaller groups engage in robberies and extortions, causing crime rates to further rise, according to the Washington Post.

Three of the 50 most violent municipalities in the country in 2020 are in Zacatecas, according to the NGO Seguridad, Justicia y Paz. Last year Fresnillo was perceived as Mexico’s most insecure city, according to SinEmbargo.

Although the local government and President Andrés Manuel Lopez Obrador have launched initiatives to curb crime, this Mexican state is struggling to slow down the rise of crime rates and violence.

A significant number of people have already fled their homes to escape violence, Mexican journalist Humberto Padgett told local media. Today, this state is dotted with farms and ghost villages, largely abandoned by migrants to the United States, the Washington Post reported.

By now, Mexican officials have detained two people for their alleged involvement in the massacre in Pánfilo Natera city, Milenio reported.