Describing themselves as “activists” and “bloggers,” four people held a press conference in Kyrgyzstan on Tuesday calling for the country to adopt a “foreign agent law” analogous to one that has been used to persecute independent media outlets in Russia. 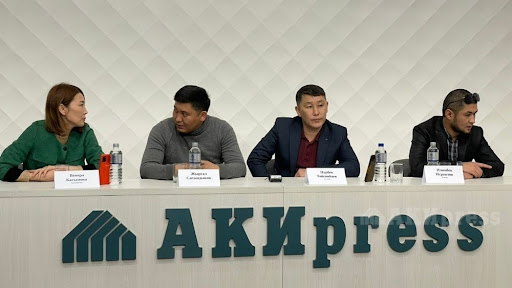 All three outlets, which pursue an independent editorial policy, do receive funding from foreign donors. Their reporting often covers corruption at the highest levels of the Kyrgyz government.

Recently, Kloop and Azattyk co-published with OCCRP an investigation about how the country’s security service persecuted another independent journalist, Bolot Temirov.

The activists also called for public protests against the outlets to be held on Wednesday. Social media posts in support of these protests have been shared by prominent figures, including Bakir Uulu.

Kloop reporters looked into the identity of these four activists, finding that they are supporters of Kyrgyz President Sadyr Japarov.

At the press conference, Ilimbek Israilov described himself as a political blogger with an audience of 2.5 million people.

It’s not clear where this number comes from. Israilov has 4,900 Facebook friends, while videos posted on two YouTube channels that use his name have 161,000 total views. On TikTok, Israilov has 20,000 followers. 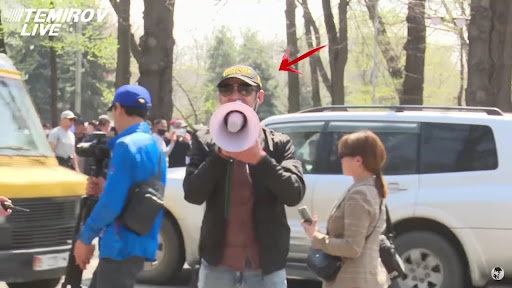 Most of his posts are about politics and are supportive of Kyrgyzstan’s current government.

Israilov is also known to be a supporter of Raimbek Matraimov, a former top customs official who has admitted to massive corruption and has been featured in multiple previous OCCRP investigations. In March 2021, Israilov took part in a protest in the southern city of Osh in Matraimov’s support. Its participants attempted to physically provoke Kloop and Azattyk journalists who were covering the scene.

Journalists from Bolot Temirov’s outlet, Temirov Live, have also reported that Israilov was among the organizers of a demonstration against the non-profit sector and LGBT community that was held last April.

Temirov Live reported that police officers also took part in the protest held outside the interior ministry building, where participants attacked demonstrators who were calling for the removal of Interior Minister Ulan Niyazbekov.

Another participant of the press conference, Nurbek Toigonbaev, also describes himself as a blogger and activist. On his Facebook page, he also frequently supports Kyrgyzstan’s current government and has posted photos with Bakir Uulu. 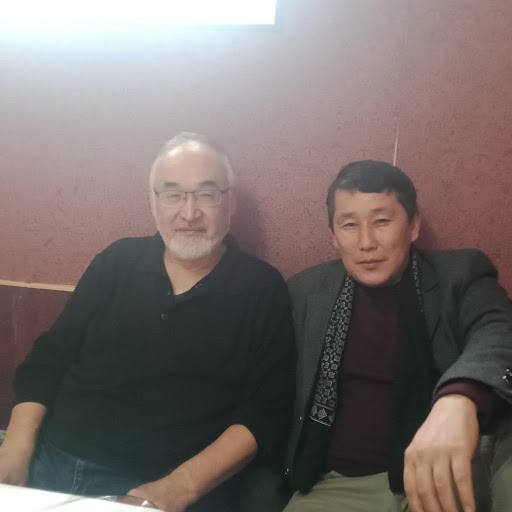 Tursunbai Bakir Uulu and Nurbek Toigonbaev. (Photo: Toigonbaev / Facebook)“From public sources it is known that he wrote a poem about his distress at the arrest of [current Kyrgyz president] Sadyr Japarov in 2017,” Kaktus has reported. “Later, these poems were recited by other Japarov supporters.

Venera Kasymova and Zhyrgal Sagyndykov were the two other participants of the press conference. There is little information about them in public sources, but their Facebook pages make clear their support for President Japarov.

A Russian version of this story was originally published by Kloop, OCCRP’s Kyrgyz member center.