As Kazakhs living in the U.K. protested against corruption in their homeland outside the halls of Parliament, Labour MPs “named and shamed” on Thursday 28 figures from the Central Asian nation involved in corruption and kleptocracy. 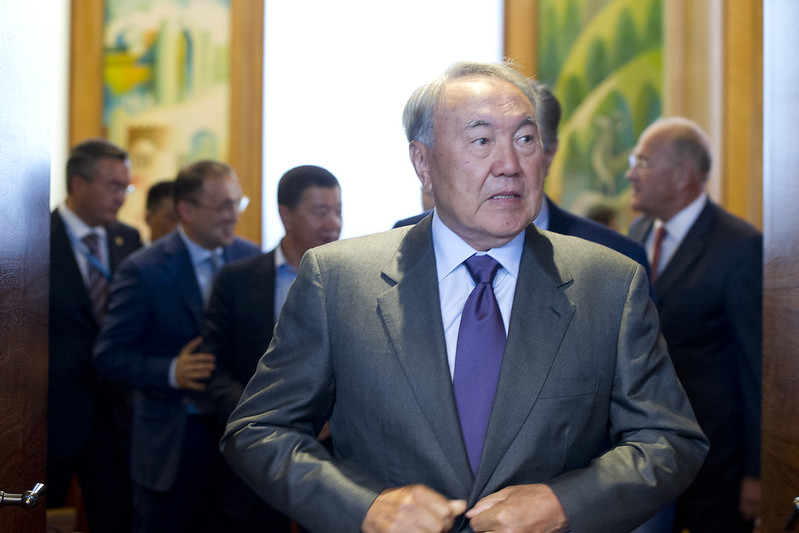 Kazakh former president Nazarbayev has used a network of allegedly charitable organizations he founded over his long rule to hide his assets, including everything from private jets to luxury hotels, a golf course, strip malls, banks and whole television stations. (Photo: Violaine Martin/UN Geneva, Flickr, License)“For too long Britain has turned a blind eye to economic crime, dirty money and corruption. We have opened our borders, our property market and our financial structures to the Kazakh ruling class enabling them to launder their stolen wealth,” said Labour MP, Dame Margaret Hodge.

“Now is the time for swift action,” she urged. “Tackling corruption abroad is not only the right thing to do, but it will strengthen our security and protect our economy at home too. Britain will never prosper off the back of dirty money.”

All of them, she argued, had benefited in one way or another from U.K.’s lax attitude towards financial crimes abroad, which has made the island the choice place for post-Soviet strongmen, oligarchs and kleptocrats to hide their money.

The move comes in the wake of an OCCRP investigation which revealed how Nazarbayev has used a network of allegedly charitable organizations he founded over his long rule to hide his assets, including everything from private jets to luxury hotels, a golf course, strip malls, banks and whole television stations. Not to mention billions in cash.

Nazarbayev, first came to power as the prime minister of the Kazakh SSR within the Soviet Union and became Kazakhstan’s first president after the Soviet Union’s collapse. As president of the newly minted Central Asian nation from 1990 through 2019, he was one of the longest ruling non-royal leaders in the world. During his reign he took on the title Elbasy, a Turkic term meaning ‘leader of the nation' and after his resignation in 2019, the Kazakh parliament voted to rename their capital of Astana, Nur-Sultan in his honor.