Hundreds of policemen simultaneously raided locations in 10 Brazilian cities, seized drugs, cigarettes and ammunition and arrested 25 out of the 35 organized crime suspects, targeted by a massive operation in the country’s southern state of Rio Grande do Sul, Civil Police reported. 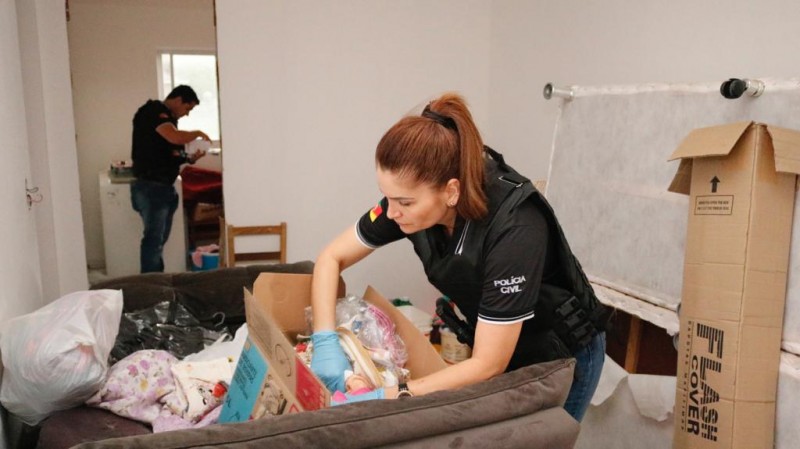 During the eight-months-long investigation, officers intercepted a shipment containing 328,800 smuggled cigarettes, worth an estimated $10,000 dollars. (Photo: Polícia Civil, Brazil)The suspects are believed to have been involved in illegal arms and cigarettes trade, drug peddling and money laundering.

Investigators said that the criminal organization first established control over a given area and then eliminated its criminal rivals. The gang then took over drug sales points. This is a common method to monopolize illegal activities within a given area, since competition in the criminal underworld often leads to an escalation of violence and money loss.

Gang members outside of the prison system maintain a regular relationship with their leaders behind bars. This network of criminals plays a key role in Rio Grande do Sul criminal activities, which means that increasing the imprisonment rate in this Brazilian state is unlikely to produce any changes.

“The gang leaders exercise their leadership role even within the Rio Grande do Sul penitentiary system,” Civil Police Detective Diogo Ferreira said. Overcrowded jails and the lack of state investments allows inmates to coordinate their illegal activities from behind bars. For instance, a detained member conducted financial operations worth US$75,000 a month, according to the investigation.

The sale of smuggled cigarettes represented one of the main sources of income of the gang, which regularly coerced legitimate shopkeepers and business owners to sell its cigarettes smuggled in from Paraguay.

A shopkeeper in Rio Grande do Sul told local media that he felt threatened when one of the illegal cigarette sellers told him: “you better keep selling [Paraguayan cigarettes]. It’s good for you. Understand [this advising] as you wish.”

Many of these cigarettes enter Brazil through the contraband hub of Ciudad del Este, where numerous smuggling networks and corrupt security forces ferry them across the border, InSight Crime reported. During the eight-months-long investigation, officers intercepted a shipment containing 328,800 smuggled cigarettes, worth an estimated $10,000 dollars.