Law enforcement in 10 European countries seized 15 servers that hosted VPNLab.net’s service that offers protected communications and internet access but was used for criminal activities such as ransomware deployment as well as different types of cybercrime, Europol reported on Wednesday. 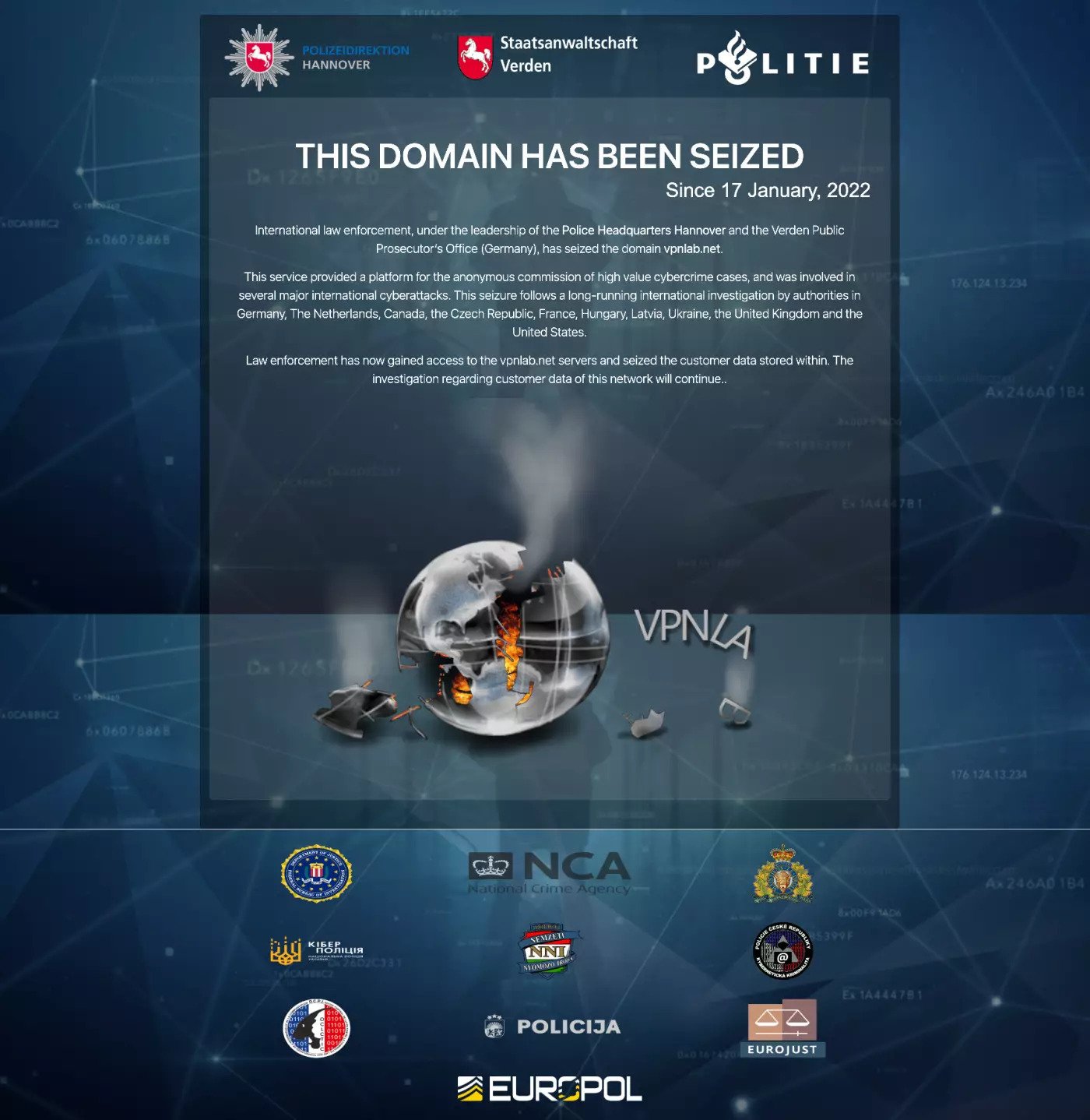 Law enforcement in 10 European countries seized 15 servers that hosted VPNLab.net’s service that offers protected communications and internet access but was used for criminal activities such as ransomware deployment as well as different types of cybercrime. (Photo: EUROPOL)Authorities in Germany, the Netherlands, Canada, the Czech Republic, France, Hungary, Latvia, Ukraine, the United States and the United Kingdom made the service unavailable but also identified over a hundred businesses which are at risk of cyberattacks.

The police started investigating the provider after they discovered that criminals are using the VPNLab.net service for malware distribution as well as organizing ransomware deployment. The service was advertised on the darkweb.

VPNLab.net was created in 2008, operating on OpenVPN technology and 2048-bit encryption. It cost US$60 per year and offered to provide online anonymity to the users, but also double VPN with servers located in various countries, which made it quite popular among cybercriminals.

Commenting on the action, the Head of Europol’s European Cybercrime Centre, Edvardas Šileris, said that “the actions carried out under this investigation make clear that criminals are running out of ways to hide their tracks online.”

“Each investigation we undertake informs the next, and the information gained on potential victims means we may have pre-empted several serious cyberattacks and data breaches,” he explained.

The action also showed that if service providers support illegal action and do not provide any information on legal requests from law enforcement authorities, these services are still not bulletproof, said Chief of Hanover Police Department, Volker Kluwe. “This Operation shows the result of an effective cooperation of international law enforcement agencies, which makes it possible to shut down a global network and destroy such brands.”