Swedish prosecutors indicted on Tuesday the former CEO of Swedbank with aggravated swindling for downplaying suspected massive money-laundering through the bank’s operations in the Baltic states. 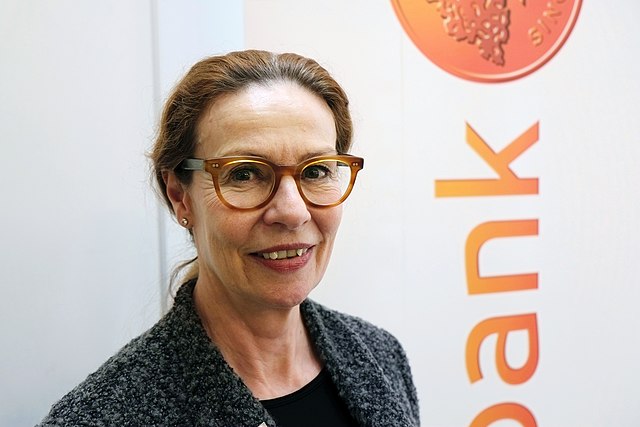 ”The former CEO deliberately or recklessly, to the public and the bank’s stakeholders, disseminated misleading information about the bank’s efforts to stop, discover, preempt and report suspicious money-laundering in Swedbank’s operations in Estonia,” chief prosecutor Thomas Langrot said in a statement from the Swedish Economic Crime Authority.

The case relates to a scandal that erupted when media revealed major money-laundering through Swedbank’s Baltic branch. The bank’s so-called high-risk clients funneled more than US$40-billion through its Baltic operations between 2014 and 2019, an investigation from law firm Clifford Chance, commissioned by the new Swedbank board, concluded in 2020.

Some clients were Russian oligarchs. Another high-profile, high-risk customer was Ukrainian ex-president Viktor Yanukovych who had been accused of massive corruption. Some money flowing through the bank could be traced to companies allegedly tied to the so-called Magnitsky fraud in Russia. Many clients featured also in the Panama Papers, had well-known proxy directors and were registered offshore. All of this should have raised several red flags.

Bonnesen, a Danish national, said repeatedly in 2018 and 2019, in relation to a similar scandal involving Danske Bank, that between 2007 and 2018, Swedbank did not have money-laundering problems such as those associated with the Danish counterpart.

But Bonnesen’s information was false and ”intended to affect the assessment of the company financially,” causing serious damage to the bank, Langroth said. Because the truth was withheld, the bank’s share later fell sharply after the money-laundering scandal was revealed by investigative reporters at Swedish Television in 2019.

The scandal resulted in the dismissal of both Bonnesen and Swedbank’s board. The shareholders gave the bank the task to clean up its act and in 2019 installed former Prime Minister Göran Persson as new chairman.

The information from the former CEO gave the false impression that Swedbank did not have any problems with money-laundering in Estonia, Langroth argues. But in fact, Bonnesen was aware of non-publicized information about rampant and serious flaws in the bank’s anti-money laundering processes and knew of major suspicious transactions and clients, the prosecutor said.

”There is proof that this was a cover-up,” he said.

If convicted, Bonnesen could face up to six years in prison.

The former CEO is also charged with sharing inside information only with major shareholders during a meeting in 2019 about the then upcoming news report from Swedish Television.

”She thinks it is terrible to be indicted. She is innocent, has done nothing wrong objectively and has certainly not had the intent that the prosecutor claims,” her defense lawyer Per E. Samuelson told OCCRP.

”At the same time, considering the enormous attention the case got from the TV programs, it is good that we now will have a thorough examination in court of what happened so that we can show that she is innocent,” Samuelson continued.

“We have noted that the prosecutor has decided to file charges, and the criminal case will now proceed,” Unni Jerndal, senior advisor at Swedbank, said in a comment to OCCRP. “The prosecution itself is not positive, but it is an important step in taking the process forward so that the concerned individuals and the bank can move on towards closure.”

Swedbank’s operations in the Baltics have obvious parallels to the money-laundering scandals involving Danske Bank and that of another Swedish bank, SEB, which also operated in the Baltics.

Swedbank received a record administrative fine in 2019 from Finansinspektionen (FI), Sweden’s financial supervisory authority. The bank had to pay four billion Swedish kronor (US$440-million) due to ”major deficiencies in its work to combat money laundering in its Baltic operations,” FI wrote.

Swedbank is also currently investigated by U.S. authorities, as well as by a prosecutor in Estonia, over its operations in the Baltics. The bank has said that it cooperates fully with the investigations.