Former Ukrainian president Viktor Yanukovych may have funneled 3.7 million euros (US$4.2 million) of bribe money through the Lithuanian branch of a Swedish bank, concealing it as royalty for a book he claimed he wrote about himself, according to Swedish TV station SVT. 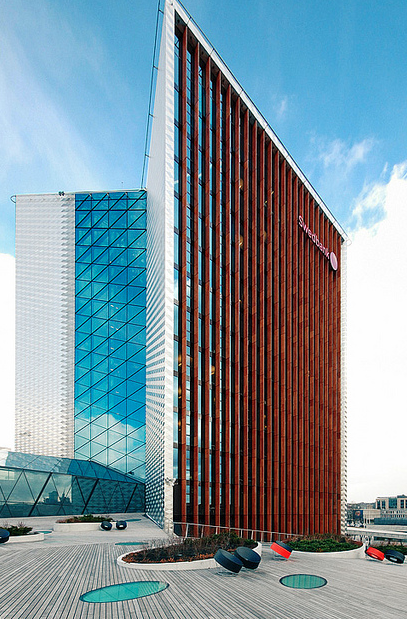 Lithuania’s Central Bank has no intention to punish Swedbank (Photo: Flickr, CC-BY-2.0)The TV station revealed last week that suspicious transactions worth billions have been funneled through the Baltic branches of Swedbank and Danske Bank, including Yanukovych’s suspected bribe.

The money was apparently paid by a Donetsk-based publishing company Noviy Svit through a chain of offshore companies and a Ukrainian company that went into liquidation shortly afterwards. One of the accounts used for the chain of transactions was that of Vega Holding Limited at Swedbank in Lithuania.

“Viktor Yanukovych was notified as a suspect for receiving a bribe for seemingly writing a book by himself. Vega Holdings was one of the companies in the chain,” Ukrainian Prosecutor Andriy Radionov told SVT.

Lithuania’s Prosecution Office told OCCRP it won’t comment pre-trial investigations ongoing in other countries but Ruta Andriuskaite, the spokesperson for the Lithuanian Financial Crime Investigation Service, sent a written statement on Thursday, confirming that Vega Holding was investigated several times on requests from foreign partners to whom the requested information was delivered.

The Lithuanian branch of Swedbank said it was treating money-laundering prevention seriously and has therefore hired an external company to “analyze the information presented by the Swedish TV programme.”

Citing bank confidentiality neither the branch, nor Swedbank’s central management in Sweden would reveal more details.

But way more money than the suspected bribe were transferred to Vega Holding’s account, according to SVT.

The TV station said it obtained data that showed transactions worth 12.6 million euro ($14.3 million) and $5.6 million. Also, an anonymous source provided additional information to OCCRP’s Lithuanian partner 15min.lt., according to which Vega Holding opened its account in Swedbank’s Lithuanian branch already in 2004.

The account was closed in 2014, when Yanukovych fled Ukraine after the Maidan revolution. Apparently, there was also a request for legal assistance back in 2015 in connection with the company but it came from Liechtenstein, not Ukraine. However, the request was related to an earlier period of Vega’s account activity and it remains unclear if it was linked to Yanukovych or other Ukrainian officials.

Lithuania’s Central Bank said it had no intention to punish Swedbank as it found no trace of criminal activity.