Spanish police reported on Friday the arrest of “La Diabla”, one of Europe's most wanted fugitives, on charges of human trafficking, money laundering, and the sexual exploitation of women and transsexuals. 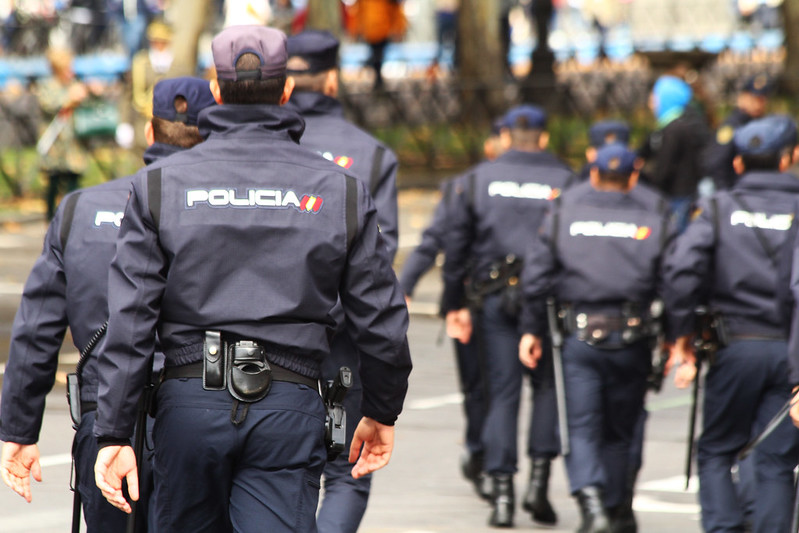 Spanish police reported on the arrest of “La Diabla”, one of Europe's most wanted fugitives, on charges of human trafficking, money laundering, and the sexual exploitation of women and transsexuals. (Photo: Contando Estrelas, Flickr, License)Authorities say Leudis Isaac Corro Camacho - nicknamed “the Devil” - heads an international human trafficking ring. She was one of the three most wanted fugitives in Spain until her arrest in Hamburg, Germany.

Camacho allegedly recruited impoverished women and transgender people in Venezuela, where she promised them employment and the chance of a better life in Spain.

Upon arriving in Spain, investigators say that Camacho would then force them to undergo breast augmentation and liposuction procedures, before funnelling them across the country and into Germany.

In order to keep her victims from escaping, Camacho allegedly locked them in flats when they weren’t working and demanded they pay her €12,000 (US$13,500) for travel and medical expenses.

This is a common tactic used by human traffickers to force their victims into prostitution.

Traffickers often utilize a rigid system of fines, continuously increasing the debt owed to them by their victims, in order to trap them in a never-ending state of indentured servitude.

Police say that La Diabla's victims were subjected to physical assaults and were sold to clubs and pimps once their earnings began to falter.

Camacho managed to evade arrest in Spain, but was tracked to Hamburg, where Federal Criminal Police Office agents carried out the arrest.

Until her apprehension, Camacho was one of three Spanish fugitives on Europe’s most wanted list.

This is the second time in less than a month that Spanish authorities have dismantled an international sex trafficking ring.

In mid-November, police arrested two traffickers in Valencia who were part of a network that used voodoo rituals to scare Nigerian women into working for them in the sex trade.

The women were captured in Nigeria and indoctrinated via supposed magical practices into believing that unless they fully submitted to the will of their captors, both they and their families would be murdered.

They were ultimately transported to Spain to work as prostitutes.

It wasn’t until the rescue of a 16-year-old girl in 2015 when police caught wind of the network’s activities.