The traditional Chinese medicine industry has long been one of the major drivers of poaching and the illegal wildlife trade in Africa, but according to a new report by the Environmental Investigation Agency, its markets are getting closer and closer to its sources and Beijing may be to blame. 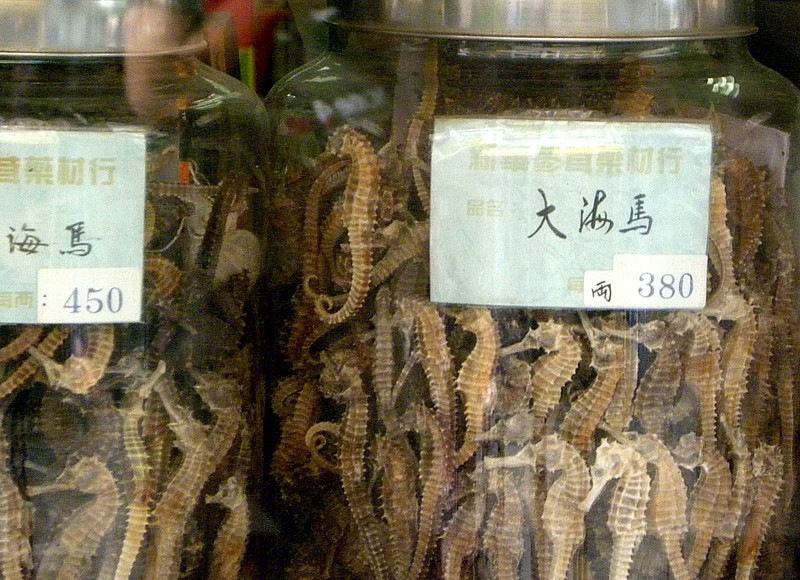 The traditional Chinese medicine industry has long been one of the major drivers of poaching and the illegal wildlife trade in Africa. (Photo: Todd Mecklem, Flickr, License)“The Chinese Government has been ramping up its expansion of traditional Chinese medicine (TCM) in Africa as a key part of its controversial Belt and Road Initiative (BRI),” the EIA report said, referring to China's global infrastructure development strategy to invest in nearly 70 countries as part of its goal to assume a greater leadership role in the world.

“Major TCM companies and countless clinics have already been established across Africa, with further plans to construct full supply chains from sourcing to sales,” it said.

Traditional Chinese medicine (TCM) refers to a broad range of folk remedies and treatments. Forms of TCM include everything from herbal teas to acupuncture and massage therapies, but a small number of treatments rely on products made of rare and endangered creatures, like pangolin scales, rhino horn and ivory.

“While only a small portion of TCM formulas use animal ingredients, the sheer size of the consumer base has made consumption of TCM a significant cause for the decline of species including tigers, leopards, pangolins and rhinoceros,” EIA said. “As TCM expands in Africa, it could potentially change wildlife consumption patterns of local populations and exacerbate the pressure on these species and others.”

In addition to its infrastructure projects, folk medicine has been one of the key forms of soft power pushed by Beijing in their 2016-2030 national strategy to grow their influence around the world.

According to EIA, some 2,000 TCM practitioners are operating across 45 countries in Africa and their spread has been supported by Chinese foreign policy initiatives.

For example, the 2019-2021 action plan of the Forum on China-Africa Cooperation, which brings together 53 out of 54 countries on the continent, included plans to support the collaboration and exchange between practitioners of TCM and traditional African medicines (TAfM).

That could be big money for organized criminal groups and wildlife traffickers who are already seeing big returns from the east-Asian and American markets.

There is considerable risk that traditional Chinese medicine expansion under the Belt and Road Initiative could exacerbate the involvement of criminal networks in wildlife trafficking in Africa, the EIA report said. Transnational criminal syndicates and traditional Chinese medicine traders can exploit vulnerabilities in African countries, such as corruption and lack of law enforcement, to facilitate wildlife trafficking and other illicit activities.

The TCM industry in China itself has already put serious strain on many different types of flora and fauna across Africa. It’s local growth could put many species at risk of extinction.

“The risk to African flora and fauna is further exacerbated by the fact that there are key overlaps in the plant and animal species used in TAfM and TCM,” EIA explained.

“Such interlinkages could make relatively unexploited and less expensive African species attractive to the TCM industry, resulting in their exploitation by profit-driven TCM traders and pharmaceutical companies,” it said.

As traditional Chinese medicine expands in Africa, the EIA is already seeing some of the same traders begin to market traditional African medicine products in Asia as well.

“Some traders in China are already marketing TAfM ingredients, such as moringa seeds and yohimbe bark sourced in Africa, as health supplements,” said the report.

“This points to a clear money-making opportunity at the TAfM-TCM nexus. Without essential safeguarding regulations in place, the extraction of African wildlife and plants could quickly outstrip their populations in order to feed the expanding global demand for TCM,” the report warned.