NGO: Wildlife Trafficking Must be Part of the Climate Change Talks

As world leaders meet in Glasgow to address the ongoing climate change at the UN’s 26th Climate Change Conference of the Parties (COP26), a U.K.-based NGO is calling for inclusion of anti-wildlife trafficking measures as an important part of the discussion. 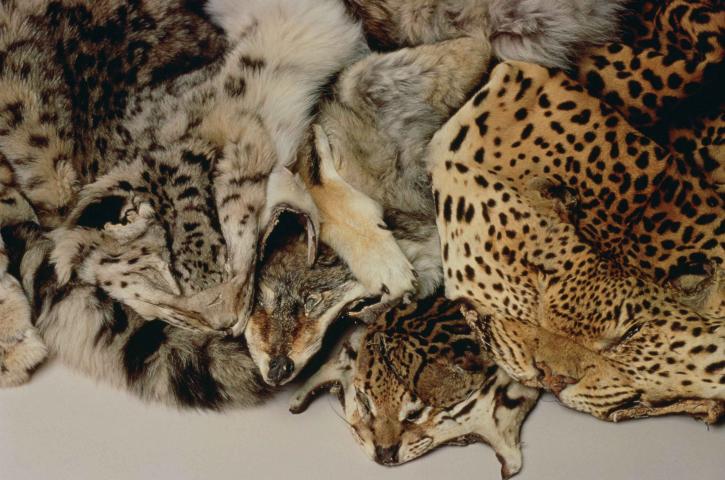 Combating the illegal trade in wildlife, which is worth as much as US$23 billion a year according to the Zoological Society of London, is an important factor in slowing the spread of climate change, and preparing sustainable communities to weather its effects. (Photo: Fitzpatrick Bill, USFWS, Pixnio, License)“Climate change presents the most existential threat to people and nature today,” TRAFFIC said in a statement. “The increasing frequency of extreme storms, floods, droughts and wildfires are bleak warnings of what we face if the global community does not act now.”

Combating the illegal trade in wildlife, which is worth as much as US$23 billion a year according to the Zoological Society of London, is an important factor in slowing the spread of climate change, and preparing sustainable communities to weather its effects.

“The usual media narrative is that wildlife trafficking only refers to illegal poaching and hunting and the trade in elephants, rhinos and tigers,” Sabri Zain, TRAFFIC’s director of policy, told OCCRP. “But the reality is that all wildlife is being trafficked. Whether it is elephants, rhinos and tigers or it’s medicinal plants in the Himalayas or it’s timber and fisheries, in fact the timber and fisheries probably constitutes the largest bulk of the illegal trade in terms of both volume and dollar value.”

“There is an absolutely strong and clear link between climate change and deforestation due to the illegal trafficking of timber that is taking place,” Zain added.

The relationship between the two works conversely as well. As rural communities increasingly face the brunt of climate change, and the local plants and animals they rely on for sustainability are threatened by a changing environment, if the trade in those species is not stemmed, it could have tremendous consequences on those communities’ ability to weather the effects of climate change.

You also can’t separate it from wider organized crime and smuggling networks, he explained.

“It’s absolutely very closely linked to organized crime networks, we have seizures of rhino horn that also had within them drugs and counterfeit goods within the same container. So it is the same people that are dealing in many of these illegal products” Zain said.

“You can't transport two tons of ivory in one shipment from Africa to China or Vietnam without some involvement of organized crime. It is just too sophisticated and difficult a task to do without all of their sophisticated, well organized networks,” he said.

In many cases, according to Zain, it can be more lucrative than other illegal trades like human or arms trafficking because it is relatively lower risk. “In many cases is, is a low risk, high reward illicit activity. You don't get the fines or penalties and jail sentences in wildlife trafficking that you would get if you're smuggling drugs or trafficking in humans.”

To that end, amidst the conference in Glasgow, TRAFFIC has unveiled several partnerships to stem the global wildlife trade, including with Vietnam to block the import of illegal African timbers and Madagascar to help support their anti-wildlife trafficking efforts.