Since the English Premier League announced their approval of a Saudi Arabian bid to buy Newcastle United Football Club last week, human rights groups and civil society actors have expressed concern over what they see as the kingdom’s attempt to ‘sport wash’ its negative international image and have urged for tighter ownership rules. 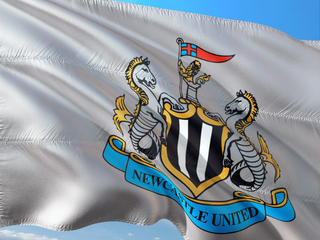 Since the English Premier League announced their approval of a Saudi Arabian bid to buy Newcastle United Football Club last week, human rights groups and civil society actors have expressed concern over what they see as the kingdom’s attempt to ‘sport wash’ its negative international image and have urged for tighter ownership rules. (Photo: Pxfuel, License)“Ever since this deal was first talked about we said it represented a clear attempt by the Saudi authorities to sportswash their appalling human rights record with the glamour of top-flight football,” Amnesty International UK’s CEO, Sacha Deshmukh, said in a statement shortly after the takeover was confirmed.

“Saudi ownership of St James’ Park was always as much about image management for Crown Prince Mohammed bin Salman and his government, as it was about football,” she said, adding that “the Premier League needs to better understand the dynamic of sportswashing and tighten its ownership rules.”

The Premier League announcement fell only days after the third anniversary of the brutal murder and dismemberement of journalist Jamal Khashoggi inside the Saudi consulate in Istanbul in October 2018. There has since been evidence to suggest that MBS himself approved an operation to have Khashoggi “captured or killed.”

The latest £300 million (US$408 million) takeover is led by Saudi Arabia’s sovereign wealth fund, the Public Investment Fund (PIF), and while the Premier League has said that they had received “legally binding assurances that the Kingdom of Saudi Arabia will not control Newcastle United Football Club,” the Crown Prince’s position as Chairman of the Fund hasn’t gone unnoticed.

As the announcement came, celebrations erupted outside Newcastle’s stadium, St James’ Park, as fans waved the Saudi flag and wore tea towels on their heads as Keffiyehs in celebration of the financial implications of the Saudi buy.

But not everybody welcomed the takeover.

“Fans, athletes, and journalists who don’t want their sport and favorite clubs tarnished with ugly human rights abuses should demand that the English FA and the Premier League adopt and immediately implement a human rights policy,” the human rights watchdog added.

Political cartoonist Peter Brookes strongly depicted these concerns with a cartoon in The Times of Newcastle's classic striped football kit fashioned as prison bars, behind which are bloodied prisoners in traditional Middle Eastern clothing.

“I hope the fans and players of @NUFC will hold their owners to account and ask them why no one knows where Jamal's body is yet? Why has there been no Justice for Jamal? This is such a shame,” she tweeted.