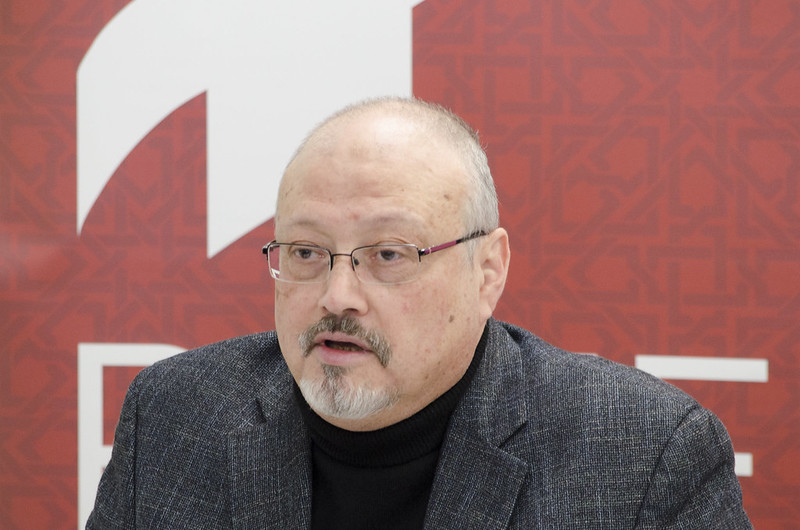 Jamal Khashoggi (Photo: April Brady - POMED, Flickr, License)Khashoggi was brutally murdered and his body was dismembered inside the Saudi consulate in Istanbul in October 2018. His remains have never been found.

Although he was seen entering the consulate, he was never seen leaving it, and Saudi authorities at first denied any knowledge of his fate. The Crown Prince even offered Turkey to search the building of the consulate, claiming that “we have nothing to hide.”

But after Saudi authorities conducted an investigation, this narrative changed into “died in a rogue operation gone wrong.” Now, a declassified U.S. report sheds light on the Crown Prince's role.

“The Crown Prince viewed Khashoggi as a threat to the Kingdom and broadly supported using violent measures if necessary to silence him,” the report found.

The report was based on assessment of the Crown Prince's “control of decisionmaking in the Kingdom since 2017, the direct involvement of a key adviser and members of Muhammad bin Salman's protective detail in the operation, and the Crown Prince's support for using violent measures to silence dissidents abroad, including Khashoggi.”

Meanwhile, court documents recently seen by CNN, reportedly reveal how the two private jets used by the assassination squad — comprised of officials associated with the Royal Court and led by the Crown Prince’s close adviser — were owned by a company seized by MBS.

While the world awaited the report Thursday, President Joseph Biden spoke with King Salman of Saudi Arabia and “affirmed the importance the U.S. places on universal human rights and the rule of law,” the White House said in a statement.

It added that the “two leaders affirmed the historic nature of the relationship and agreed to work together on mutual issues of concern and interest.”

A day before the Biden-King Salman talk, the U.S. State Secretary Antony Blinken spoke with Saudi Arabia’s Foreign Minister, Faisal bin Farhan Al Saud. The two also discussed “the importance of Saudi progress on human rights, including through legal and judicial reforms,” according to a State Department statement.

In 2019, the United Nations Human Rights Commission published a report that called the killing an “international crime,” and determined that Khashoggi was “the victim of a premeditated extrajudicial execution, for which the State of Saudi Arabia is responsible.”

Experts also found that there was “sufficient credible evidence regarding the responsibility of the Crown Prince,” which, they said at the time, required further investigation.

The same report said that it would be “inconceivable” that this 15-person mission to execute Khashoggi could be implemented without the Crown Prince’s knowledge. “The forces of the State could not be used in this manner without his agreement or acquiescence.”

However, calls to reveal the contents of the now-declassified U.S. intelligence report, shared with Congress in 2018, were dismissed by the Trump administration.

In September 2020, a Saudi court issued final verdicts against eight people convicted for Khashoggi’s murder. Five of them were sent behind bars for 20 years, one person received a 10-year sentence, and two were ordered to serve seven years.

The UN Special Rapporteur on Extrajudicial Executions Agnes Callamard, condemned the sentences in a series of tweets calling them a “parody of justice”, and urged that the U.S. Intelligence Services “must release the Intelligence assessment of MBS responsibilities for the killing of #JamalKhashoggi.”

“While formal justice in Saudi Arabia cannot be achieved, truth telling can,” she added.

Editor’s note: this story has been updated with the declassification of the report.