The European Court of Human Rights (ECHR) ruled on Thursday in favor of a group of Bosnians who sued Azerbaijan more than a decade ago for cross-border human trafficking and forced labor. 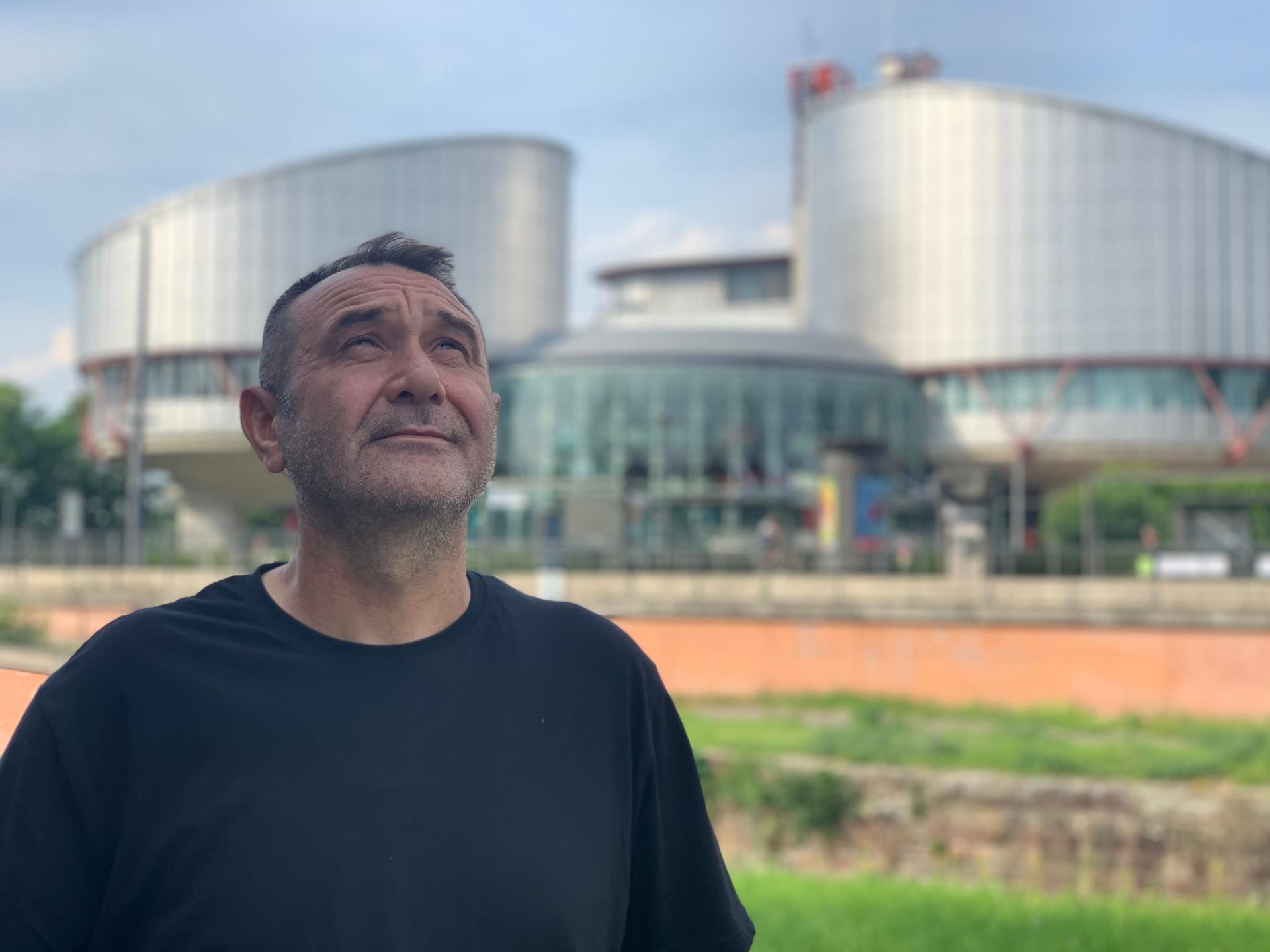 Seudin Zoletić, one of the victims of forced labor in Azerbaijan. (Photo: OCCRP)Between 2006 and 2009, hundreds of workers from Bosnia and Herzegovina, Serbia, and North Macedonia were lured to Azerbaijan with promises of pay substantially higher than what they could earn at home.

Among them was Seudin Zoletić, who travelled to Azerbaijan for what he thought would be a profitable construction job with the Serbaz Design and Construction Company. Instead, he  became a virtual prisoner, working without pay in deplorable conditions on a big state project.

Many others were beaten, humiliated and also forced to work on construction projects under harsh conditions for a small salary or none at all.

Once they managed to return to Bosnia, Zoletić and another 33 Bosnians sued their Azerbaijani employer in Azerbaijani courts, but those ruled against the workers and in 2012, they turned to the Strasbourg-based European Court of Human Rights.

It took that court years to declare the application admisabble, judging that the Azerbaijani authorities failed “to institute and conduct an effective investigation into migrant workers’ arguable claims of cross-border human trafficking and forced labour.”

On Thursday the court ordered that the “respondent State [Azerbaijan] is to pay each applicant, within three months from the date on which the judgment becomes final… 5,000 euro (US$5,776), plus any tax that may be chargeable, in respect of non-pecuniary damage.”

“I’m satisfied with the verdict,” Zoletić told OCCRP after the ruling. “I’m very emotional about it.”

The symbolic financial reimbursement, he said, is not so important to him.

“There is no money that can reimburse for what I have gone through,” he said. The plaintiffs never even discussed the reimbursement.

“Our intention was to fix the wrong and inform the world about it, so that this never happens again to anyone,” he concluded.