French courts sentenced former president Nicolas Sarkozy to one year in prison after ruling that he was guilty of illegal campaign financing during his 2012 bid for a second presidential term. 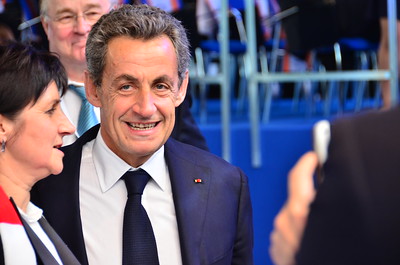 French courts sentenced former president Nicolas Sarkozy to one year in prison after ruling that he was guilty of illegal campaign financing during his 2012 bid for a second presidential term. (Photo: European People's Party, Flickr, CC BY 2.0)Seeking re-election in 2012 against François Hollande, Sarkozy spent 42.8 million euro (US$49.5 million) on his campaign, nearly twice the legal limit of 22.5 million euro, according to France 24.

Sarkozy would eventually lose to Hollande in his bid for re-election.

The case is referred to as the Bygmalion affair, adopting the name of the public relations firm that fraudulently masked Sarkozy’s campaign expenses by issuing them fake invoices, the French news organization reported.

The court’s guilty verdict does not implicate the former president in the conspiracy to manufacture the fake invoices, only for illegal campaign financing.

During the month-long trial in Paris, Sarkozy denied all the charges; he claimed he did not have direct oversight of his campaign’s finances and his lawyers have stated they will appeal the decision.

The former French president has declared the accusations against him “a fable,” according to the Financial Times.

Despite this, it is the verdict of the courts that “Nicolas Sarkozy knew about the legal [spending] limits” and that even though he had received two written warnings indicating that he was close to exceeding them, he “continued to organize rallies on the same scale as before,” said Judge Caroline Viguier.

This is the second time this year that Sarkozy has found himself under the microscope for all the wrong reasons.

In March, a court in Paris found him guilty of corruption and influence peddling.

The charges stemmed from a now dropped 2013 case where French authorities investigated whether Sarkosy had accepted illicit campaign donations from L’Oreal heiress Liliane Bettencourt for his 2007 presidential campaign.

Sarkosy asked his lawyer over the phone to convey to a senior magistrate official that he could be offered a prestigious position in Monaco in exchange for supplying the former president confidential information about the investigation.

French authorities, however, had wiretapped the calls as part of a separate anti-corruption investigation into whether Sarkozy had illicitly accepted 50 million euro ($57.9 million) from late Libyan dictator Muammar Gaddafi in order to help finance the same 2007 presidential campaign.

Sarkosy is the first former president in France’s modern history to be convicted and sentenced with a prison term for actions undertaken while in office, according to the Associated Press.

The court’s decision against him, however, is more severe than what prosecutors had originally requested: a one-year sentence with six months suspended, according to Le Monde.

Despite this, the court granted Sarkozy permission to serve his sentence under house arrest, so long as he consents to electronic monitoring.