The Department of Justice last week announced criminal charges against 138 doctors, nurses and licenced medical professionals for their alleged involvement in fraud schemes worth around US$1.4 billion. 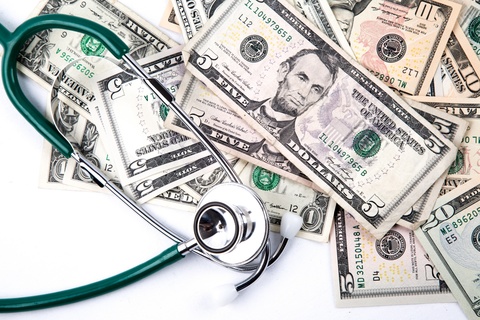 Court documents show that some telemedicine executives paid doctors and nurses to order unnecessary medical equipment and pain medications often after interacting with patients only briefly over the phone or not at all. The companies then submitted false claims to government insurers.

The money was then spent on “luxury items, including vehicles, yachts, and real estate,” the statement said.

“The charges announced today send a clear deterrent message and should leave no doubt about the department’s ongoing commitment to ensuring the safety of patients and the integrity of health care benefit programs, even amid a continued pandemic,” said Assistant Attorney General of the Justice Department’s Criminal Division, Kenneth A. Polite Jr.

Law enforcement ceased the activities of nine suspects who were involved in criminal schemes exploiting COVID-19 pandemic and created bills worth more than $29 million.

Some of the suspects allegedly took patient information from the CMS system to request Medicare to pay for unnecessary and expensive tests.

Five defendants are suspected of taking part in the misuse of the so-called Provider Relief Fund, a federal law created to support COVID-19 patients, and then go “gambling at a Las Vegas casino and paying a luxury car dealership.”

Regarding “sober homes,” places that provide safe housing and supportive living conditions to people exiting drug rehabilitation programs, some of the suspects are charged with subjecting patients to unnecessary and expensive medical testing and therapy sessions worth thousands of dollars. This resulted in more than $133 million in losses to private insurers.

Finally, in a country which has already been struggling with massive opioid addiction, authorities charged 19 suspects for fraudulently prescribing more than 12 million doses of opioids to patients and causing a loss of over $14 million.

More than 60 alleged participants in the schemes allegedly submitted over $145 million “in false and fraudulent claims to Medicare, Medicaid, TRICARE, and private insurance companies for treatments that were medically unnecessary and often never provided.”

Assistant Director of the FBI’s Criminal Investigative Division, Calvin Shivers, said that despite a continued pandemic, the FBI and its law enforcement partners “remain dedicated to safeguarding American taxpayers and businesses from the steep cost of health care fraud.”