Just days after the opposition leader and former presidential candidate fled the country, prosecutors in Mexico have accused Ricardo Anaya of taking a US$525,000 bribe tied to Brazilian construction company Odebrecht. 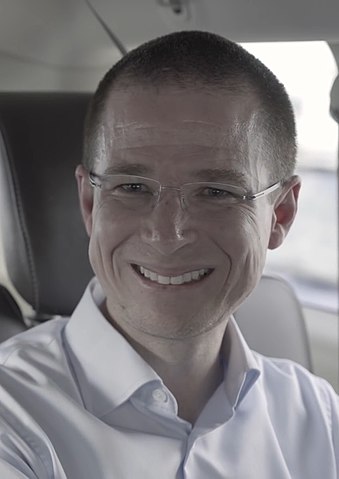 Just days after the opposition leader and former presidential candidate fled the country, prosecutors in Mexico have accused Ricardo Anaya of taking a US$525,000 bribe tied to Brazilian construction company Odebrecht. (Photo: en Estado #inconveniente, Wikimedia, License)Anaya, representing the center-right National Action Party, had run against incumbent president Andrés Manuel López Obrador in the 2018 general election. He said last week that he was leaving Mexico out of fear of being jailed for what he deemed to be politically motivated charges. It’s unclear where he went.

The Attorney General’s Office, which is seeking the arrest of Anaya, described on Wednesday that the head of the state-owned oil company Pemex, Emilio Lozoya, had received bribe money from Odebrecht in 2014.

Lozoya, in turn, has alleged that he helped deliver the money to Anaya, who was then a legislator, in exchange for Anaya’s vote in support of a major energy reform bill that privatized Mexican oil production, benefitting foreign companies like Odebrecht. Witnesses also observed that Anaya made several trips to Lozoya’s office.

Anaya voted in support of the reform bill, which was approved and set into law.

Odebrecht is notorious for paying hundreds of millions in bribes over a decade to government officials and political parties across Latin America and the Caribbean in exchange for lucrative construction contracts.

Some have called into question the legitimacy of Lozoya’s testimony, speculating that he is smearing members of the political elite so that he himself can get let off the hook. Lozoya was arrested in Spain in February of 2020 after spending months in hiding.

Anaya has continuously denied the accusations leveled against him while suggesting that sitting president Andrés Manuel López Obrador is behind them.

López Obrador denied in a press conference that he had anything to do with the prosecution of the case.

“If the prosecution and the judiciary accuse him of corruption and he is innocent, let him not protect himself, nor flee, let him defend himself with evidence and with the force of truth,” López Obrador said.

But Anaya dismissed López Obrador’s claims of impartiality and called him “a liar,” and “a coward.”

“He throws the stone and hides his hand,” Anaya told his followers on Twitter.