The office of the Maltese Attorney General charged on Wednesday casino mogul Yorgen Fenech with the 2017 murder of investigative journalist Daphne Caruana Galizia, who was  uncovering corruption in Malta. 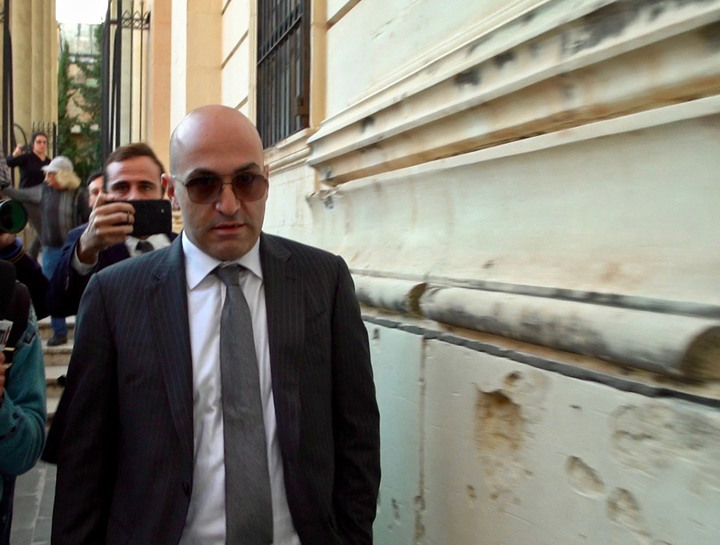 Yorgen Fenech, the tycoon indicted for the murder of Daphne Caruana Galizia. (Photo: Forbidden Films, OCCRP)Prosecutors want Fenech to be sentenced to life in prison for his part in murder and another 20 to 30 years for criminal association, the Times of Malta reported.

The indictment was given to Judge Aaron Bugeja, who “immediately abstained from the case,” the paper said, recalling that Bugeja had previously led an investigation into Caruana Galizia’s claim that the offshore company Egrant, allegedly owned by Michelle Muscat, the wife of the then Maltese Prime Minister Joseph Muscat, had been receiving money from one of the daughters of Azerbaijani President Ilham Aliyev.

Muscat resigned in January 2020, amid mounting political upheaval over the probe into Galizia’s death.

“Today’s indictment of the man alleged to have effectively orchestrated and funded the assassination is a milestone in the fight against impunity and another important step down the road to full justice for Daphne’s murder,” Deputy Director of the International Press Institute (IPI), Scott Griffen, said.

He stressed that the case of Caruana Galizia has global significance — “impunity for those responsible cannot be allowed to continue.”

Yorgen Fenech, believed to be behind 17 Black, a mysterious company from Dubai and director and co-owner of Electrogas — the winner of a multi-million euro Maltese government contract in 2013 to build a new gas power station on the Mediterranean island, was arrested in November 2019, while attempting to leave the country on his yacht.

Vince Muscat, one of three men on trial for the execution of the plan to kill Caruana Galizia in 2017, pled guilty to all counts against him earlier this year in return for a 15-year-long jail term.

Another suspect in Caruana Galizia’s murder, the alleged middleman, Melvin Theuma, has traded his testimony to reveal details of the plot to kill the journalist for a state pardon.

Fenech, who was close to some of Malta’s top officials and who has been considered the mastermind of the assasination, is accused of asking Melvin Theuma to hire three hitmen to murder Caruana Galizia for 150,000 euros (US$175,540). They allegedly meant to execute her with a sniper, but instead planted a bomb under her car.

Caruana Galizia was killed in October 2017. Witnesses claim that the explosion ripped her car into pieces and threw her body onto a neighboring field not far from her home.