Three already detained suspects were officially charged in Malta on Tuesday for the 2017 murder of investigative journalist Daphne Caruana Galizia. 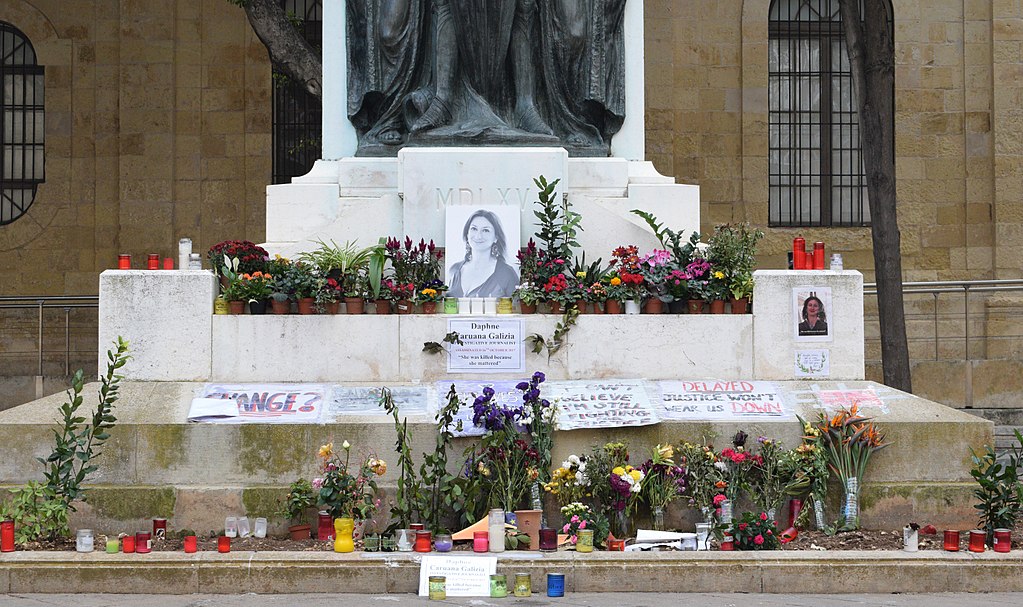 Memorial of Daphne Caruana Galizia (daphnecaruanagalizia.com)Brothers Alfred and George Degiorgio and associate Vince Muscat were arrested in December 2017 after a car bomb killed Galizia in October of the same year.

All three defendants have pleaded not guilty in pre-trial proceedings, and the Ministry of Justice’s decision to approve the trial comes right before the 20-month deadline. However, the deadline to set a trial date has now been pushed back another 20 months, meaning the accused may not see their day in court for several years.

Prime Minister Joseph Muscat announced last week that he has ordered a public inquiry into the murder to see if it was preventable. His decision came a year after he claimed he would not open an investigation.

The reversal came at the recommendation of the Council of Europe, which in a May report slammed the government’s failures leading up to and responding to the murder.

With the help of the FBI and Europol, prosecutors presented evidence over the past two years that Galizia’s assassination was carried out with phone-activated explosives placed on her car near Malta’s capital, Valletta.

Following her death, her sons spoke out against the Prime Minister and called for his resignation, claiming that Malta was becoming a “mafia island" under his supervision.

Since her death, newsrooms around the world, including OCCRP, have taken on her investigations and have committed to seeking the truth about corruption on the island country.