A U.S. citizen from Florida was indicted last week for his alleged role in one of the largest Medicare kickback schemes ever brought forward by the Department of Justice. The scheme is believed to involve over US$784 million in false medical claims. 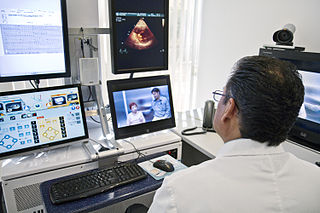 The roughly $10 million per year Harry was reporting as fees was in fact revenue derived from illegal kickbacks and bribes. (Photo: IntelFreePress, Flickr, License)Creaghan Harry, 53, the owner of multiple telemedicine companies, has been charged with one count of conspiracy to commit health care fraud and wire fraud, and four counts of income tax evasion, according to a U.S. Department of Justice (DOJ) statement.

The latest indictment alleges that Harry and his co-conspirators “solicited illegal kickbacks and bribes from durable medical equipment (DME) suppliers and marketers in exchange for orders for DME braces and medications.”

The DOJ then alleges that Harry’s telemedicine companies paid physicians to place unnecessary medical orders, which were billed to Medicare for over $784 million. Of the total amount billed, Medicare has been officially defrauded of over $247 million.

In an attempt to cover his tracks, Harry allegedly directed DME suppliers to channel payments through domestic and international shell companies run by so-called straw owners, or people who own something legally but do so on behalf of someone else, in this case Harry.

Harry would then transfer the payments to the telemedicine companies in his name, which were used to pay the physicians to place the unnecessary orders.

The indictment goes on to say that the roughly $10 million per year Harry was reporting as fees paid by patients to receive his telemedicine services was in fact revenue derived from illegal kickbacks and bribes. This would also imply that Harry lied to prospective investors and lawyers about the source of his revenue.

In addition to health care fraud and wire fraud, the DOJ alleges Harry committed tax evasion between 2015 and 2018. They claim the funds transmitted through the shell companies were not declared on any of Harry's tax returns and were instead used to fund his lavish lifestyle.

Harry faces a maximum of 20 years’ imprisonment should he be convicted of conspiracy to commit health care fraud and wire fraud. This does not include the five years he is potentially facing on each of the tax evasion counts, the five years for conspiring to defraud the U.S., the ten years for each count of receipt of kickbacks, and the 20 years for conspiring to commit money laundering.