Turkish authorities arrested 78 suspected members of a massive Illegal antiquities trafficking ring and seized over 23,000 artifacts during an operation dubbed “Anatolia” and carried out with the help of law enforcement from Croatia, Serbia and Bulgaria. 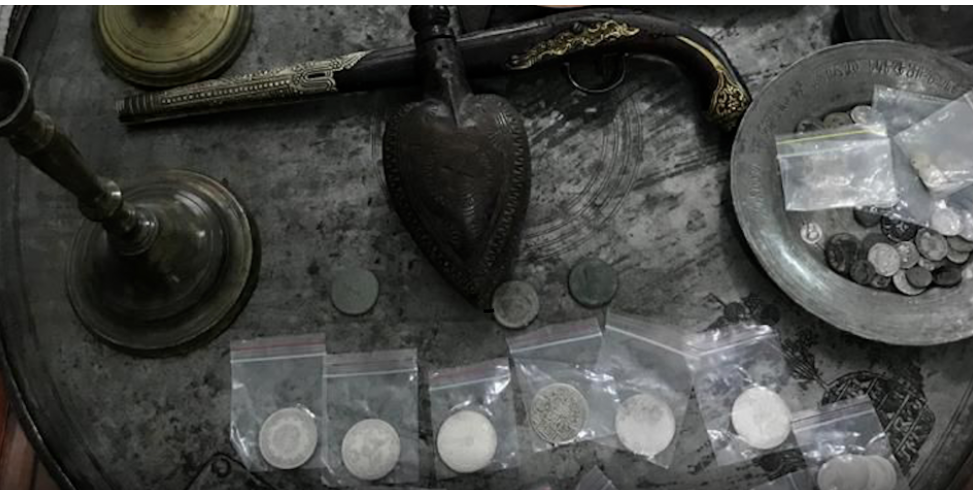 The proceeds of antiquities trafficking often go on to fund other criminal enterprises, such as drug and arms trafficking. (Photo: Screenshot/Anadolu Agency)Turkish Minister of Culture Mehmet Ersoy, revealed the details of the operation while at a ceremony returning looted Christian relics to Ecumenical Patriarch Bartholomew I of Constantinople, the leader of the Eastern Orthodox Church, Turkey’s state-run news service, Anadolu Agency reported.

Beyond the seized artifacts, the group is believed to have smuggled scores of cultural material to the U.S. and Europe, where auction houses spent some US$3 million to get them into their catalogues.

According to Sam Hardy, a criminologist who focuses on the global illegal antiquities trade, it is such markets in the West which fuel the trade cultural heritage in countries like Turkey and elsewhere in the Middle East.

“Although Turkey does have an internal market as well, it has been and remains a key source country [for smuggled artifacts] because of the intersection of its own history with Western markets' insatiable demand for historic artifacts from the Ancient Near East and Classical Antiquity,” Hardy told OCCRP on Wednesday.

Turkish police conducted raids on 108 addresses in 30 of Turkey’s 81 provinces on Tuesday. In addition to artifacts, they all seized several metal detectors, illegal weapons, hundreds of rounds of ammunition and thousands in cash.

According to Hardy however, that’s just a drop in the water.

“This bust is notable, but Turkey's police, gendarmerie and customs collectively intercept thousands of illicit cultural objects every year,” he said.

“Perhaps the most notable thing about this operation is its targeting of the proceeds of crime, which may prove to be an effective way of targeting organised cultural property criminals,” he explained.

That’s because the proceeds of antiquities trafficking often go on to fund other criminal enterprises, such as drug and arms trafficking.

“Antiquities, artworks (and their forgeries) regularly feature in multi-commodity trafficking alongside narcotics, arms and other contraband,” Hardy said.

The illegal antiquities trade is a multi-billion dollar global industry according to a 2018 report by Standard Chartered Bank.