A Nigerien court postponed on Monday the appeal trial of journalist Moussa Aksar, who was in May convicted in a defamation case following his FinCEN Files investigation into military procurement fraud. 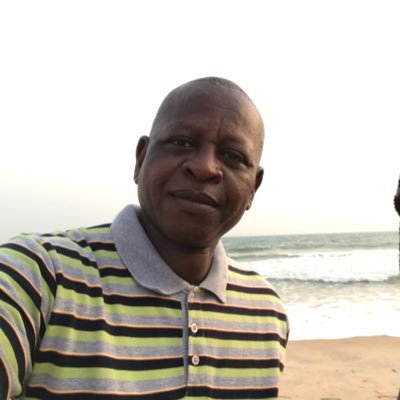 Since he revealed last September how over US$120 million was embezzled by high-ranking army officials between 2017 and 2019 through false documentation, unfair competition, overbilling and forgery, investigative journalist, Moussa Aksar, was summoned to court five times. (Photo: Moussa Aksar, Twitter)Reporters Without Borders (RSF) said the trial would “test the state of press freedom in the country” and called for Aksar’s acquittal.

But for Aksar it’s not just about press freedom but also about the independence of the judiciary in Niger.

Since he revealed last September how over US$120 million was embezzled by high-ranking army officials between 2017 and 2019 through false documentation, unfair competition, overbilling and forgery, not the army officials, but Aksar, was summoned to court five times.

He was ordered to pay a fine and damages of over 1,800 euro ($2,113) but appealed the ruling. He will now have to wait until November to hear the final verdict.

Meanwhile, the file containing the findings of his investigation is “on the desk of the attorney general, and remains untouched,” he told the OCCRP. In the file are all the facts and evidence of wrongdoing. “An investigation should be going ahead, but nothing is moving,” he added.

Expressing little faith in a fair trial, he said that “unless we get an independent judge, all those that I named in the investigation are still in power, and justice is in their hands.”

It’s not the first time the founder of Nigerien newspaper L'Evénement, member of the International Consortium of Investigative Journalists and president of OCCRP West Africa member center Cenozo, is being targeted by authorities or people he exposed.

He has received death threats, was forced to take his paper online when authorities in 2018 began sending him “imaginary taxes,” and put him on an “advertisement diet,” he says.

“I’ve been taken to court before. Even once by former Libyan leader, Muammar Gaddafi,” he told the OCCRP, adding that most of the time he came out of the courtroom as the winner.

“But this appeal case is one of the few it seems I’m going to lose,” he said.

Aksar said that he never received any protection from authorities when people he exposed threatened him.

“Each time we did a big investigation, I was threatened. Last year, for example, I raised a complaint against an arms trafficker who threatened my life, but nothing was done by the justice system,” he said.

Aksar described his May verdict as a ruling “against our texts and our constitution.”

RSF at the time condemned the conviction, calling it an “attack on investigative journalism.” Two months later, as Aksar was again summoned by authorities, RSF rallied again on his behalf, tweeting that the harassment against him “must end.”

But Aksar told OCCRP that this “non-stop” harassment has instead reached new heights.

After L'Evénement translated and published at the end of May a summary of a Global Initiative report which suggested a portion of hashish intercepted by Nigerien authorities was “reacquired by the trafficking networks,” Aksar was questioned.

“I was called in by the judiciary police and questioned about my links with Global Initiative. They asked me why I distributed the article,” he told OCCRP, calling the encounter just another attempt to “stop one of the few investigative journalists from the region from doing his work, and from revealing affairs of public interest.”

“The authorities will not stop,” Aksar said. “They’re looking for any small reason to make me stop. Whether through fake tax charges, unfair trials, advertisement starvation, or police questioning on the method of my work, they will not stop.”

“But neither will I,” he declared.