The U.K.’s Serious Fraud Office (SFO) is investigating alleged corruption in mining deals in the Democratic Republic of Congo (DRC), where foreign companies purportedly bribed officials up to US$360 million between 2006 and 2011. 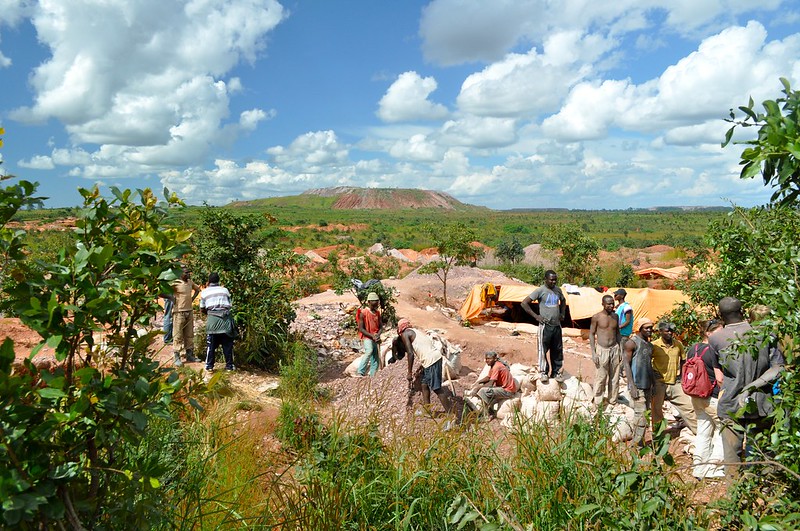 More than 70% of the world’s cobalt comes from the resource-rich central African country, but more than 73% of its people live below the international poverty line. (Photo: Fairphone, Flickr, License)U.K. investigators first referred the case to Swiss authorities in 2014, and again in 2019 on the back of related claims of money laundering. The March 30 Swiss Federal Criminal Court decision dismissing the appeal made by one of the companies in question, which reveals details about the case for the first time, was only recently made public.

The judgment identifies an anonymous individual “C” as a primary target of the corruption investigation. Although the court has not confirmed the identity of “C”, news sources have linked “C” to Israeli billionaire Dan Gertler, a powerful mining magnate who has been placed under sanctions by the U.S. State Department for “extensive public corruption.”

"Insofar as is known, this is apparently the largest sum of money any Israeli has ever been suspected of paying as graft," Israeli newspaper Haaretz reported.

Gertler has been described by the U.S. Treasury Department as having amassed his fortune through “hundreds of millions of dollars worth of opaque and corrupt mining and oil deals.”

Gertler’s friendship with former Congolese president Joseph Kabila allowed him to act as a middleman for mining sales, costing the DRC over $1.36 billion between 2010 and 2012 alone in revenues from underpriced mining assets sold to Gertler’s offshore companies.

U.K. prosecutors have records showing that a DRC financial entity gave cash collected from local Congolese companies to “C,” who then paid an influential member of parliament described as the “right hand” man of the president. Payments were also made to people in senior positions in the DRC government. “C” later repaid those companies using Swiss bank accounts and the client account of a law firm.

The court judgment suggested that “C” could only secure the goodwill and influence of the close presidential advisor by responding to “substantial, sometimes demanding, urgent and unforeseeable demands” from him via cash payments.

More than 70% of the world’s cobalt comes from the resource-rich central African country, but more than 73% of its people live below the international poverty line. In 170th place among 180 countries, the DRC also sits at the very bottom of Transparency International’s Corruption Perception Index, an indicator of public sector corruption.