The United States has barred former Honduran President Porfirio “Pepe” Lobo Sosa and his wife and former First Lady Rosa Elena Bonilla Avila from entering the country due to “their involvement in significant corruption,” the State Department announced on Tuesday. 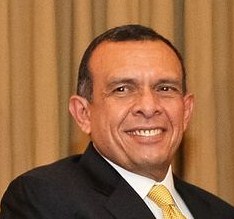 The ban relates to allegations that Sosa accepted bribes from narcotics traffickers in exchange for political favors.

Despite the U.S. blacklist, the former president, whose term in office spanned from 2010 to 2014, has not yet been convicted, and Bonilla, who was released from prison last July after her 58-year corruption sentence was thrown out, is awaiting a new trial.

Bonilla had been jailed since 2018 for fraud and embezzlement during the years of her husband’s presidency. Their son, Fabio Lobo, is also sitting out a 24 year long jail sentence for his involvement in drug trafficking.

Acting Manhattan U.S. Attorney Joon H. Kim said that Fabio Lobo conspired to import large quantities of cocaine into the U.S., using his own connections to bring drug traffickers together with public officials in order to enrich himself.

Tuesday’s formal announcement comes three weeks after the State Department released a public blacklist of more than fifty current and former officials in El Salvador, Guatemala, and Honduras believed to be corrupt. Both the disgraced former president and his wife were also on that list.

The July 1 blacklist also described that Porfirio Lobo “engaged in significant corruption” during his presidency when he accepted bribes from Los Cachiros, a narco-trafficking cartel that has controlled the drug trade in Honduras for years, in exchange for political favors, while Rosa Lobo “engaged in significant corruption through fraud and misappropriation of public funds.”

Honduras is a key transit country for cocaine bound for other countries. It’s also perceived as one of the most corrupt countries in the world, ranking 158 out of 180 in Transparency International’s annual Corruption Perceptions Index, with high levels of poverty and inequality.

These sanctions are made under a special provision in the Department of State, Foreign Operations, and Related Programs Appropriations Act, which makes allegedly corrupt foreign officials and their immediate family ineligible for entrance into the U.S.

“These designations reaffirm U.S. commitment to combating the corruption and disregard for the rule of law that hinders progress in Honduras,” Secretary of State Anthony Blinken said. “The Department will continue to use all available tools to promote accountability for corrupt actors and combat impunity in the region and globally.”