Khodorkovsky Announces Relocation of his Associates from Russia

Exiled Kremlin critic and former tycoon Mikhail Kodorkovsky said he was ready “to relocate” his media projects out of Russia after Moscow declared several European civil society and educational groups, including his, “undesirable on Russian territory.” 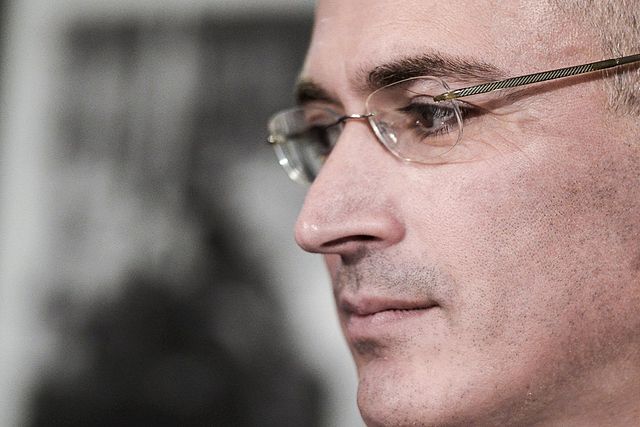 Khodorkovsky fled Russia after Putin pardoned him in 2013. However, he continues to be persecuted. (Photo: Митя Алешковский, Wikimedia, License) The Russian Federation's General Prosecutor's Office decided last week that the actions of international non-governmental organizations — Future of Russia Foundation (U.K.), European Choice (France), Khodorkovsky Foundation (U.K.) and Oxford Russia Fund (U.K.) “pose a threat to the foundations of the constitutional order and security of the Russian Federation”.

“With the level of pressure the government is currently putting on my people, I’ll do my best at protecting them by either relocating the projects out of Russia or stopping them altogether,” Khodorkovsky said on Twitter.

Two other organizations linked to Khodorkovsky — the Open Russia opposition movement and MBKh Media — were disbanded in May after being designated “undesirable” on Russian soil, which meant that its followers or activists might face a four-year prison sentence under Russian law.

The move made some journalists of MBKh leave the country and others consider leaving.

“Life in Russia is becoming more and more difficult for me every day. I left the country, leaving here people dear to my heart,” journalist Alexander Skrylnikov tweeted.

Moscow turned against Mikhail Khodorovsky, who was one of the wealthiest people in Russia, in 2003, charging him with fraud and financial embezzlement in Yukos, a company he formed to control a number of Siberian oil fields.

Authorities controlled by President Putin then froze Yukos’ shares on tax charges. The company soon collapsed and Khodorkovsky ended up in a Russian jail, where he served 10 years for what he claimed were politically-motivated charges of fraud, money laundering, and tax evasion. He said he was jailed for funding parties opposed to Putin.

Khodorkovsky fled Russia after Putin pardoned him in 2013. However, he continues to be persecuted.