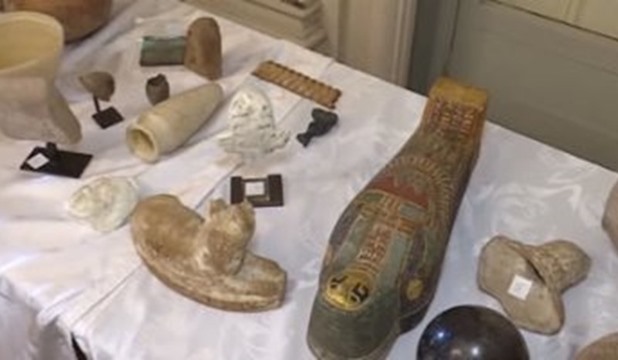 The authorities also found more than  200 additional  artifacts stored in a Cairo warehouse.

Along with Rateb and Hassanein, 17 other alleged members of the ring have been arrested.

The artifacts seized in the  Cairo warehouse and in France date from the Pharaonic age to the Greek era of Egyptian history.

The illegal antiquities trade is a multibillion-dollar global industry according to a 2018 report by Standard Charter Bank, and its beneficiaries are not just wealthy art aficionados, but often criminal and militant groups on the supply side.

“You cannot look at it separately from combating trafficking in drugs and weapons. We know that the same groups are engaged, because it generates big money,” said Catherine de Bolle, Executive Director of Europol, after a major crackdown on the illegal antiquities trade last May.