A Europe-wide coordinated operation targeting human trafficking and labour exploitation led over the past few weeks to hundreds of arrests and the identification of at least 630 laborers who were potential victims of different types of exploitative conditions, Europol said in a statement. 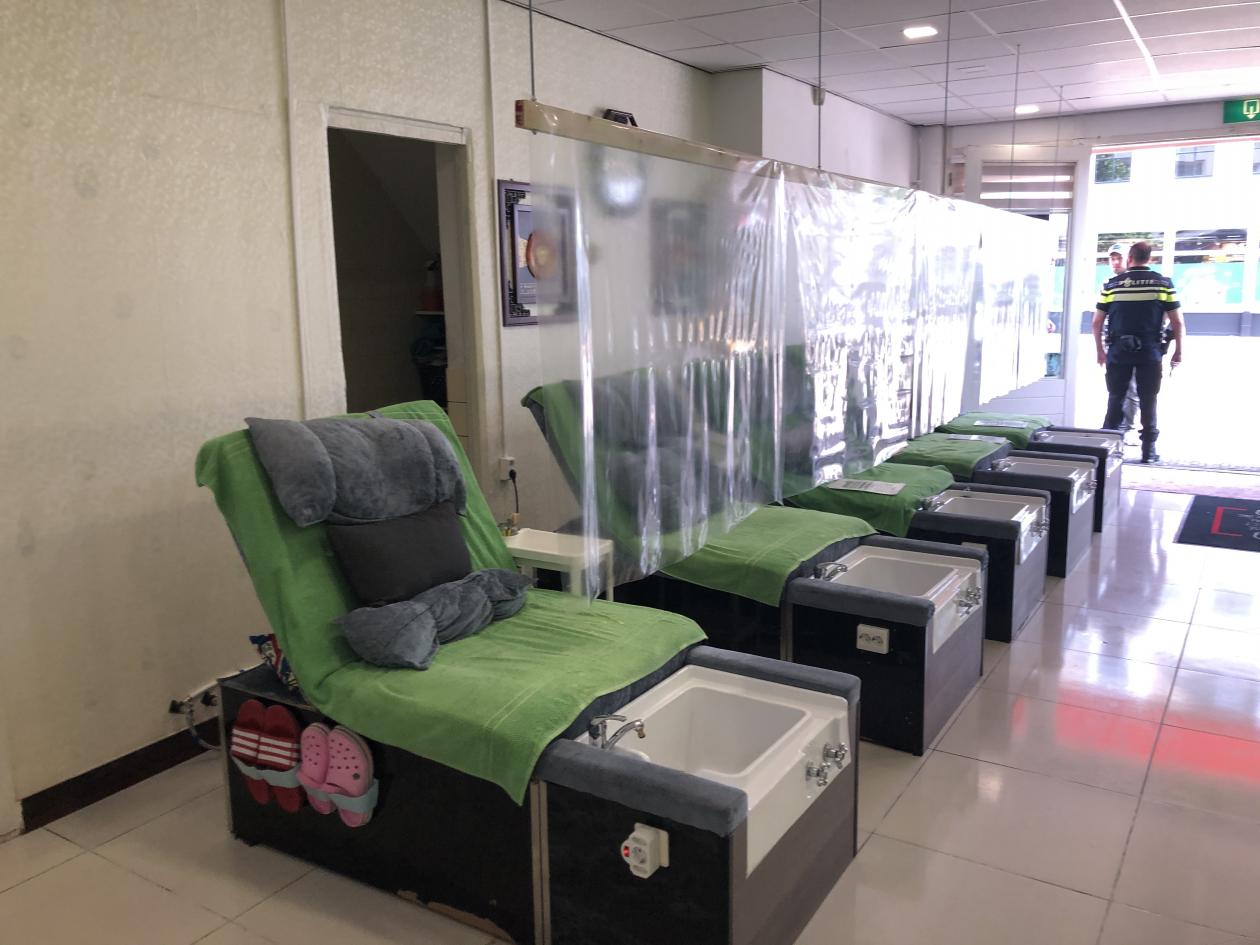 Some beauty salons were raided during the Europol's operation against human trafficking and labor exploitation in some European countries. (Photo: Europol)The operation, led by the Netherlands, involved police, border guards, labour inspectors and tax authorities. In total, 23 countries took part in the coordinated operation.

Law enforcement focused on the exploitation of migrants applying for refugee status during their asylum procedures and on those involved in the trafficking of human beings – specifically related to the use of fraudulent documents.

These offenses were identified in a variety of industries across the continent, including the transportation sector – which employs many migrants who may be exposed to very low wages and long overtime shifts.

The actions also targeted the labor exploitation of domestic workers who give 24-hour care without breaks. Nail salon workers, who were often coming from Vietnam, were also found to be especially vulnerable. This is in part due to “debt bondage” (someone forced to work to pay off their debt) in relation to their travel to the EU.

Employees in sectors that require “low-skilled workers” such as transport, logistics, and construction are also more vulnerable to exploitation “due to the lower level of education and awareness required with regard to labour rights and human trafficking,” according to the statement.

The economic impact of COVID-19 has reinforced many of these vulnerabilities, the statement said, adding that victims may be forced to accept employment in unhealthy or unsafe working conditions in relation to the virus.

Earlier this year, the United Nations Office on Drugs and Crime (UNODC) warned that the pandemic-induced economic downturn was likely to lead to an increased number of potential human trafficking victims, with criminal groups exploiting people in vulnerable socioeconomic conditions.