Almost two-thirds of European Union residents believe corruption is an issue in their respective countries, according to a new report published on Tuesday which calls into question the EU’s image as a “place of integrity”. 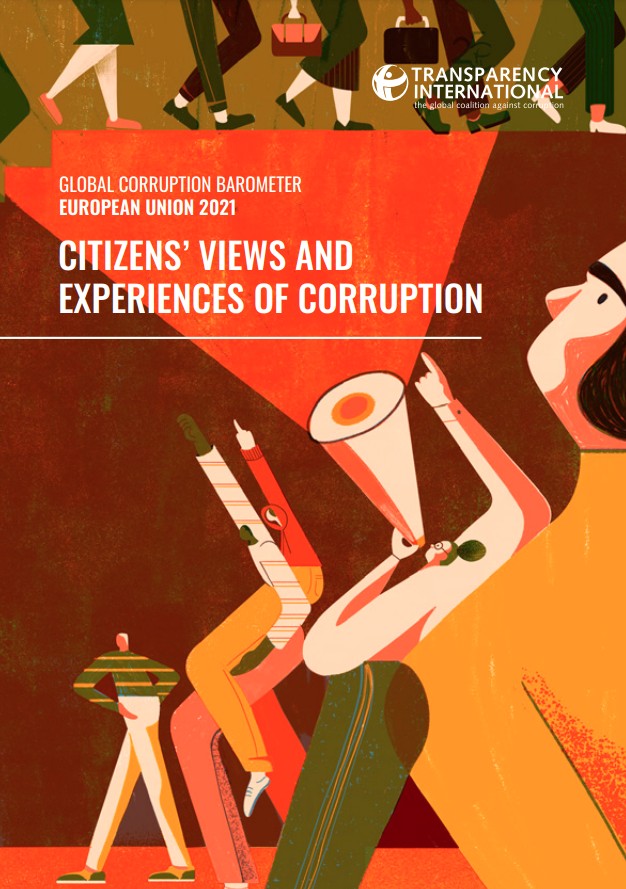 Sixty-two percent of those surveyed described government corruption as a “big problem,” although results varied greatly across the region.

While over 85 percent of the surveyed in Bulgaria, Croatia, Cyprus, Italy, Portugal and Spain thought this to be true, less than 20 percent of those living in Denmark and Finland believed the same.

Around a third of participants also believed corruption has increased over the past 12 months, and there was no country in which a majority of citizens thought corruption was decreasing.

Cyprus had the highest proportion of respondents (65 percent) who believed corruption had increased over the past year, according to the report, likely due to scandals related to the country’s recent “golden passports” scheme.

Corruption in the healthcare sector was an area of particular concern, Transparency International said, especially in light of the global COVID-19 pandemic.

While the report found that six percent of people across the EU have paid a bribe for healthcare, 29 percent said they used personal connections to receive medical attention.

"The EU is often seen as a bastion of integrity, but these findings show that countries across the region remain vulnerable to the insidious effects of corruption," Delia Ferreira Rubio, chair of Transparency International, said in a statement.

“During a health crisis, using personal connections to access public services can be as damaging as paying bribes. Lives can be lost when connected people get a COVID-19 vaccine or medical treatment before those with more urgent needs. It's crucial that governments across the EU redouble their efforts to ensure a fair and equitable recovery from the ongoing pandemic,” she added.

The survey also examined other areas of corruption, inducing cozy relationships between business and politics. An average of 53 percent of people across the EU, for example, think that their government is controlled by private interests.

But again, these perceptions varied across the region. While this view was strongly held in Slovenia, Bulgaria, Cyprus and the Czech Republic, it was the minority opinion in Scandinavian countries.

“These results should be a wake-up call for both national governments and the EU institutions. Corruption is undermining public trust and policy makers need to listen to the concerns of the public,” said Michiel van Hulten, Director of Transparency International EU.

“There are many immediate actions that can be taken to remedy these problems, such as increasing lobbying transparency both at the EU and national levels and tackling tax avoidance,” he added. “And EU policies to protect whistleblowers and fight money laundering must be effectively and swiftly transposed into national law.”