Australian senators are calling for a major review of Australia’s border security measures after media revealed details from a leaked confidential report from Australian intelligence that said organized crime has infiltrated the country’s main airline, Qantas. 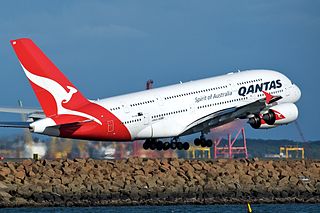 The Aussie Cartel is estimated to bring in more than US$1 billion a year in illicit revenue. (Photo: Brian, Wikimedia, License)According to the Sydney Morning Herald, Australia’s Federal Police Intelligence found that around 150 employees of the company had so-called “links to criminality,” in particular to the country’s drug trafficking “bikies” gangs as well as international kingpins who have used the airline to facilitate cross border smuggling attempts.

“The last comprehensive review of airport security was some 15 years ago,” Labour party senator and deputy opposition leader Kristina Kineally said in a statement. While the review did result in lasting change, “the combination of these revelations and the challenges of COVID-19 mean that it’s now time for a new independent review,” she added.

“Labor is calling for an independent review of security at our airports to ensure we have the right experts, command and coordination in place to keep Australians safe from organised crime and drug syndicates,” Kineally concluded.

The leaked police intelligence report claims that one mid-level manager at Qantas was a member of the outlaw Comanchero Motorcycle club, linked to the notorious Turkish smuggler, Hakan Ayik, one of the most wanted criminals in Australia, according to the Sydney Morning Herald.

Ayik, though he is believed to reside in Turkey, is one of nine senior criminals -- largely from bikie groups and Middle Eastern crime syndicates  --  who make what the Australian Criminal Intelligence Commission (ACIC) has termed “The Aussie Cartel.”

Michael Phelan, the head of the ACIC, said in an interview with several Australian media outlets on Sunday that the cartel holds “significant influence over OMCGs [outlaw motorcycle gangs]” and presents “major threats to the integrity of our justice system and other government institutions.”

He estimated that the Aussie Cartel brings in more than US$1 billion a year in illicit revenue.

While the Comanchero-linked manager was one of the most notable finds, the most susceptible positions for infiltration were baggage handlers, ground crews and air freight divisions, who are able to interact with cargo before they reach customs.

However, in a statement to Australian media outlets which first broke the story, Qantas pushed back.

“Given we follow all of the government’s vetting procedures, we find these claims disturbing,” said Qantas Group chief security officer Luke Bramah. “We have not been advised of any current investigations of Qantas Group employees involved in organised crime. If concerns are raised regarding any of our employees, we will actively support their investigation and take appropriate action.”