A court in Kyrgyzstan ordered on Wednesday former Prime Minister Omurbek Babanov to remain in detention for the next two months as part of an investigation into corrupt practices involving the country’s disputed Kumtor gold mine. 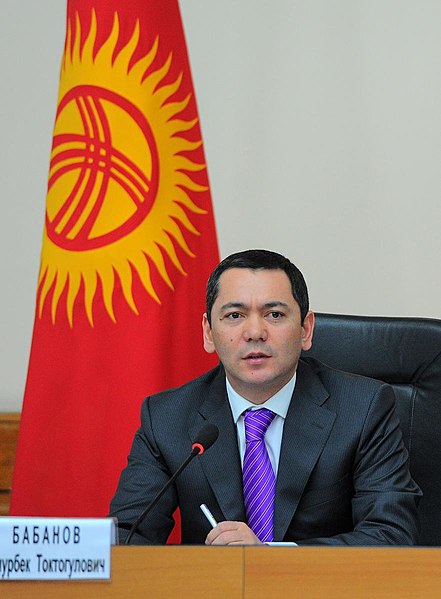 Omurbek Babanov (Photo: premier.gov.ru, Wikimedia, License)Babanov, who was prime minister from 2011-12, was arrested on Monday and has called the whole situation a "complete chaos." His lawyer, Amantur Abdrakhmanov, said in a statement on Monday that Babanov has not been informed of the accusation being leveled against him.

During his time as prime minister, Babanov performed only two actions regarding the Kumtor gold mine, his lawyer said, which included the creation of a commission to investigate the mine’s environmental impact and abolishing an earlier resolution approving the transfer of 16,000 hectares of land to the project developer.

“There are no violations of the law on the part of Omurbek Babanov either in the first or second case,” the lawyer added.

This is all part of a long-winded battle between the Kyrgyz government and the Canada-based operator of the Kumtor gold mine, Centerra Gold.

Operations of the giant gold mine were temporarily taken over by the government earlier this month, after President Sadyr Japarov accused the company of corruption, and environmental and safety violations.

The mine is located in the Issyk-Kul region, which includes an environmentally-protected area.

Earlier in May, parliament passed a law allowing the state to take control of the mine for three months from Centerra, and a court imposed a US$3 billion fine against the company.

Centerra called Kyrgyzstan's actions an “unjustified seizure” and filed for bankruptcy in the Southern District of New York in hope to halt all claims against its Kyrgyz companies.

Earlier in May, the Canadian firm said it had "initiated binding arbitration to enforce its rights under long-standing investment agreements with the government."

It also accused Kyrgyz law enforcement of intimidation, including police visits to the homes of several senior managers and a raid of Centerra’s office in Bishkek, the country’s capital.

The mine accounts for more than 12 percent of the Central Asian country’s economy, according to Centerra.

Canada, Britain, and the European Bank for Reconstruction and Development (EBRD) have all criticized Kyrgyzstan's moves against the company, according to Radio Free Europe.

Babanov, who is estimated to be one of the richest people in Kyrgyzstan, is just one of various prominent officials who have faced questioning over the mine.

Kyrgyz media reported that Asylbek Jeenbekov, a brother of the former president, Sooronbay Jeenbekov, was also detained on Monday in connection with the case.

Earlier this year, another former prime minister was also arrested over allegations of personally profiteering from the mine.