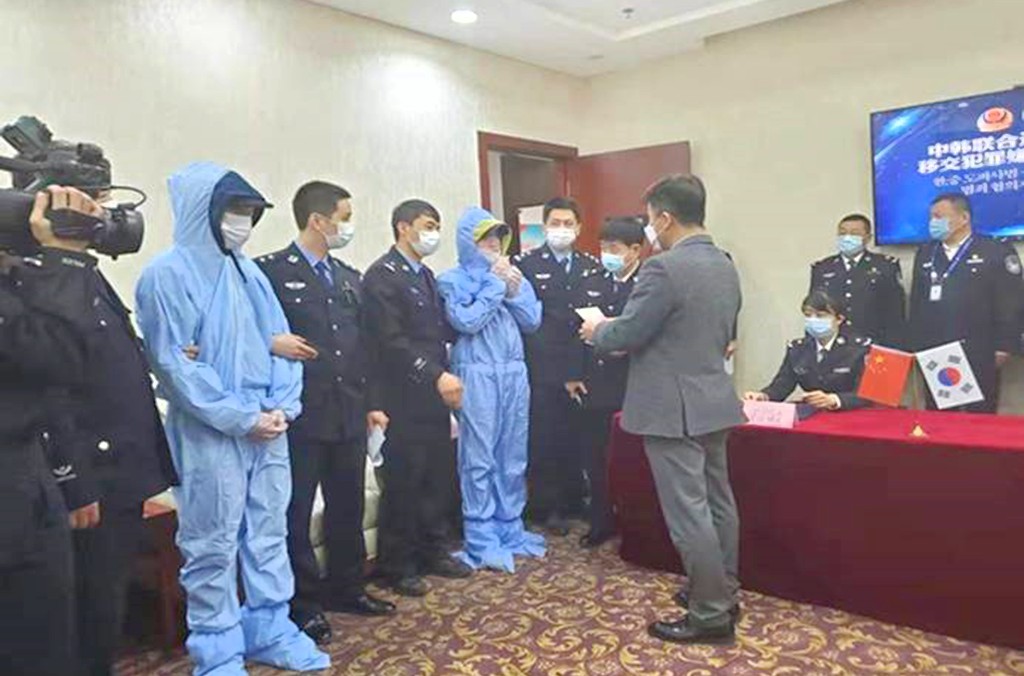 Interpol's operation in Asian countries, against online gambling, fraud. (Photo: Interpol)Authorities worldwide have repeatedly warned that online fraud is continuing to increase and have stepped up joint efforts to fight it.

This operation, codenamed “HAECHI-I,” assembled law enforcement across Cambodia, China, Indonesia, Korea, Laos, The Philippines, Singapore, Thailand, and Vietnam. Between September 2020 and March 2021, they opened more than 1,400 investigations of online fraud and while many of the cases remain ongoing, Interpol said, 892 cases have been solved.

In total, 585 people were arrested and more than 1,600 bank accounts around the world were frozen throughout the course of the operation.

“Online fraudsters often attempt to exploit the borderless nature of the internet by targeting victims in other countries or transferring their illicit funds abroad,” Ilana de Wild, Interpol’s Director of Organized and Emerging Crime, said in a statement.

“The results of Operation HAECHI-I demonstrate that online financial crime is fundamentally global and that only through close international cooperation can we effectively combat these criminals,” she added.

In one case, back in February, a Korean company was approached by what they thought was a trading partner requesting payment of a series of invoices. The bank details on the invoices, however, had been fraudulently changed.

The company eventually transferred nearly US$7 million to the fraudster, which was routed to bank accounts in Indonesia and Hong Kong. Korean law enforcement later alerted Interpol’s financial crimes unit, and in collaboration, officers have intercepted and frozen half of the stolen funds while the investigation continues.

In another case of investment fraud known as a “ramp and dump” scheme, a criminal syndicate in Hong Kong purchased a large quantity of specific stocks in order to dramatically raise the share price, Interpol said.

The group then encouraged others on social media to invest in this upward trend. The syndicate later sold their stocks, profiting from the high price that soon after collapsed and leaving investors with significant losses.

As reports that “ramp and dump” schemes have occurred in at least two other countries in the region, Interpol said, it plans to share this modus operandi with other countries that could be at risk.