After a five year moratorium on logging in Guinea-Bissau, officials are now considering reopening the country’s timber markets, however, according to a recent report by the Global Initiative Against Transnational Organized Crime (GI-TOC), that may only reward the very same bad actors who prompted the ban in the first place. 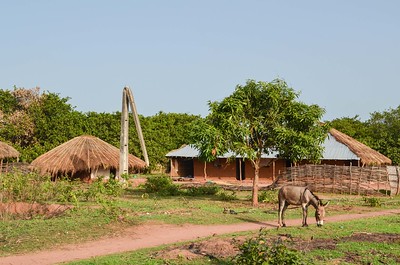 While the ban on logging did have a significant impact, it’s implementation was patchy and illegal logging continued to a lesser degree throughout the country. (Photo: jbdodane, Flickr, License)Following the widespread deforestation of the West African country, which was coordinated by its own military, Guinea-Bissau imposed the moratorium on logging in 2015 in an effort to stem the destruction of one of their chief natural resources.

Now, a law drafted in October of 2020 which will reopen the trade is sitting on the desk of President Umaro Sissoco Embaló, awaiting only his signature.

“Stakeholders, together with forestry officials and conservationists, predict that the lifting of the moratorium would usher in a new phase in the logging sector, one characterized by a renewed escalation in illicit felling, with widespread consequences for Guinea Bissau’s natural resources,” the report said.

The logging sector first saw an explosion of outside interest during the 24 month period from 2012 to 2014, when the country was under the rule of a military junta that followed a military coup.

“The surge in illicit logging was attributable to the increased reliance of the military on profits from the illicit logging industry as other revenue streams dried up,” the report said. “The military, starved of funds, unofficially awarded logging concessions to officers in lieu of pay.”

The return of a civilian government in 2015 ended that practice, and seeing the devastation brought by the unrestricted logging put a moratorium on the trade as a whole by placing a ban on the export of timber.

However, while the ban did have a significant impact, it’s implementation was patchy and illegal logging continued to a lesser degree throughout the country.

Now that the ban’s lifting is imminent, many fear that it will only benefit those same actors who created the problem.

“The unholy trinity of interests underpinning the illicit logging trade in Guinea-Bissau – with the politico-military elite, community leaders and Chinese business figures at each point of the triangle – has remained largely intact since 2012,” said the report.