Police in Kosovo arrested seven people suspected of drug trafficking and seized over 400 kilograms of cocaine, authorities confirmed on Tuesday. 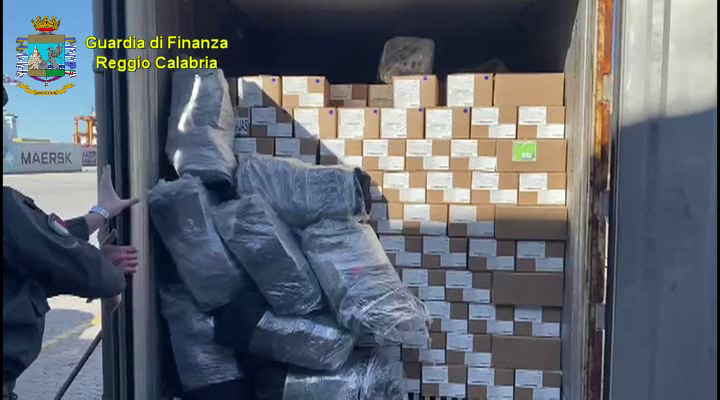 Authorities initially detained 25 people in relation to the drug bust, and also seized pistols, ammunition and other evidence. (Photo: Guardia di Finanza)In a joint operation with Albanian, Kosovar and Italian police on Monday, officers raided a truck transporting imported meat from Brazil that had passed through Italian and Albanian ports, Italy’s border police Guardia di Finanza said in a statement.

Police estimated that the cocaine, if sold at retail value on the European Market, was worth 100 million euros (US$122 million). Kosovo Police added it was a record cocaine seizure for the country.

The drugs were initially found by scanners in the port of Gioia Tauro in southern Italy. The shipment was later intercepted by officers on the journey to its final destination of Lipjan, a town close to Kosovo’s capital city Pristina.

In a press conference, authorities stressed they followed the container for its entire journey, as it was important to figure out the final destination of the drugs.

Authorities initially detained 25 people in relation to the drug bust, and also seized pistols, ammunition and other evidence when searching the homes of the seven people who were arrested. The investigation is ongoing.

Euronews Albania later reported they had secured detailed footage of the seizure, adding they found the cocaine had “masqueraded” in packages of the Brazilian alcoholic beverage “Velho Barreiro”.